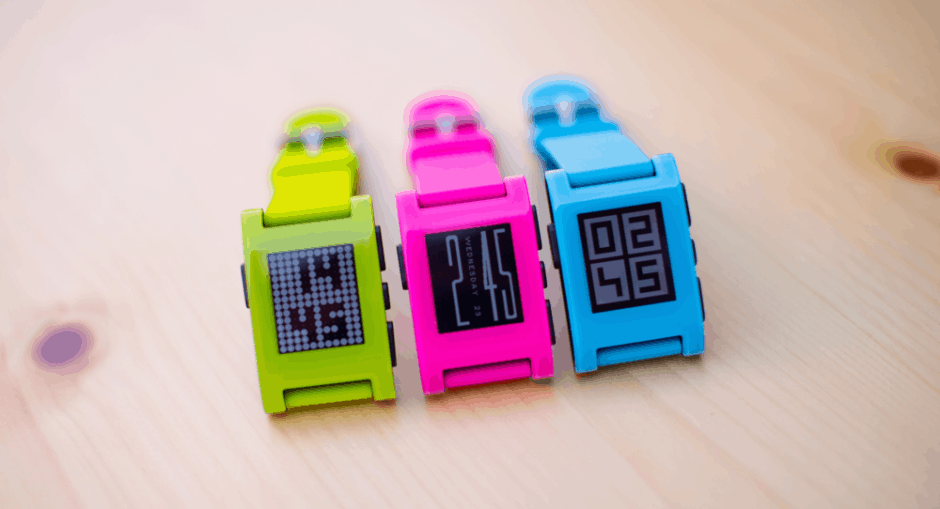 Pebble today added three new additions to its popular smartwatch lineup, but they’re not the all-new Android Wear competitors you may have been hoping for. Instead, they’re actually original Pebbles with fancy new paint jobs — and they’re only available for a limited time.

The new models come in Fresh Green, Hot Pink, and Fly Blue, and they are priced at $150 — just like the originals. They also offer the same features, including 5-7 day battery life, 5ATM water resistance, an e-ink display you can see in the sun, and of course, apps from the Pebble appstore.

“Orange and Grey emerged triumphant, but we couldn’t shake the desire to produce new colors one day for Pebblers who wanted more,” Pebble says on its blog. “Fresh Green, Hot Pink, and Fly Blue are standout shades that give any look the right dose of fun.”

Pebble hasn’t confirmed exactly how many of these devices are available, but given that they are limited editions, you probably shouldn’t expect them to stick around for too long. Just like with the other models, Pebble will ship these to a whole bunch of countries around the world for free — though if you’re outside the U.S., you may have to pay additional taxes and import fees.

In addition to the new watches, Pebble also announced a new Weather Channel watchface that will be available to download from the Pebble appstore later today. Keep an eye on the Pebble blog via the link below for a link.