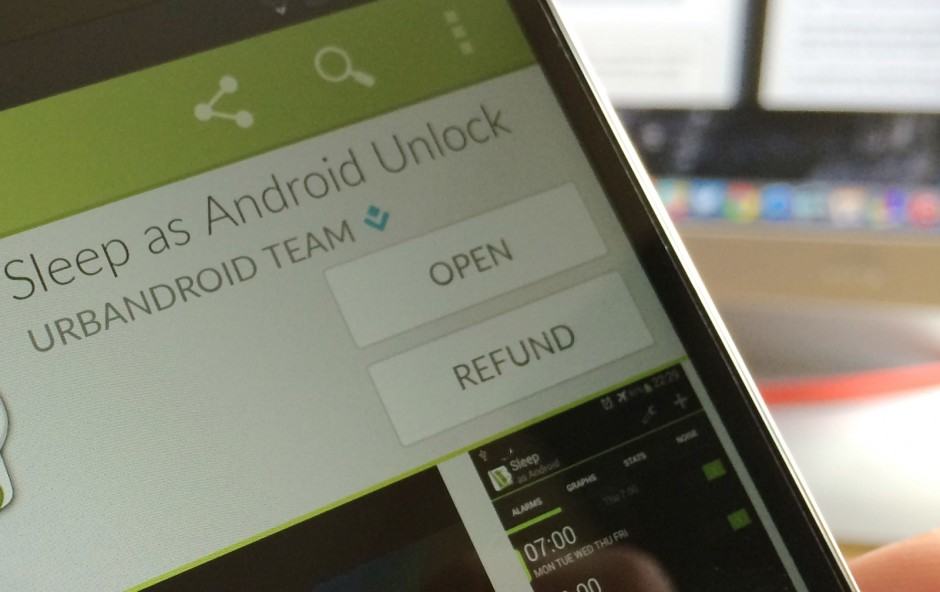 Google appears to have quietly increased the Play Store’s refund window for paid apps and games to two hours for a large number of titles.

The window previously gave buyers only 15 minutes to decide whether or not they wished to keep their download or have their money back — and that’s still the case, according to Google’s refund policy. But one report has found that the window now stays open a whole lot longer in most cases.

“To test this seemingly longer window, three members of the AP team all bought apps on the Play Store,” Android Police reports. “All of us had the same experience while monitoring the availability of the “refund” button. Instead of disappearing after 15 minutes… the refund window stayed open a solid 2 hours.”

This wasn’t just a glitch in the system; it was tested by a number of people with a number of Play Store titles, and in each case the refund window remained open for exactly two hours. But despite this change, Google’s Play Store refund policy still states that customers must claim their refund within 15 minutes of their purchase.

“After purchasing an app or game on Google Play, you can return it within 15 minutes for a full refund,” the support document reads. “If the 15 minute return period has passed, we recommend contacting the app developer directly.”

This could mean that Google simply hasn’t updated its policy because the two-hour window doesn’t yet apply to all apps. Or it could mean that the search giant is only testing the new window to see if it has a significant impact on refund rates. Google claims, however, that the window is only extended “in some cases” to account for larger apps that take longer to download.

In a statement to Android Police, the company said, “[We] only advertise a 15-minute refund window, that is the guaranteed window for a user, but [we] do extend the window in some cases to account for download times.”

During their experiment, however, Android Police found that apps and games of any size — even some that were under 1MB — had the same two-hour refund window every time. They conclude that either the system was buggy during testing, or “Google just doesn’t want to discuss this and would prefer not to publicize the policy.”

I tried downloading some paid apps myself this morning and I was given a two-hour refund window for each one — no matter how long it took the app to download and install. There certainly seems to be something in this, then. Whether Google will update its policy or see how the extended window works out first remains to be seen, but don’t be surprised if it keeps quiet.

Having an extra 1 hour and 45 minutes to use an app or play a game could well give some users all the time they ever need with it. Some mobile games could quite easily be completed in a two-hour stint, and apps that contain things like children’s books may no longer be needed once the book has been read.

Making the two-hour window official, then, could encourage some customers to claim more refunds. It also makes it harder for Google to revert back to a 15-minute window if it doesn’t work out.