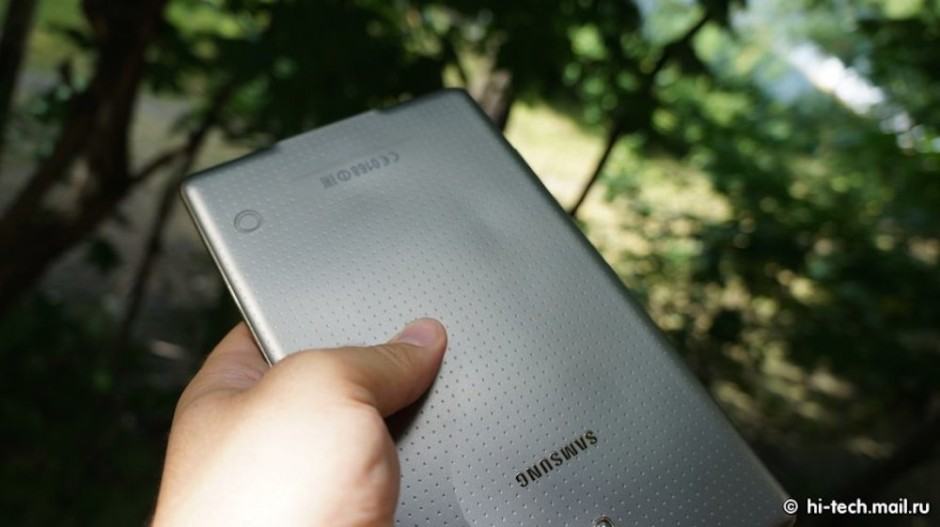 Samsung’s new Galaxy Tab S appears to have a pretty serious overheating issue. It doesn’t just get warm and uncomfortable to hold; it gets so hot that its cheap back panel actually starts to warp. A number of owners are reporting the problem online, but according to Samsung, it’s only “negligible” and shouldn’t prevent them from using the device.

The Galaxy Tab S is Samsung’s new flagship tablet. It’s the company’s first high-end device to pack a Super AMOLED display — and that’s combined with cutting-edge specifications like an eight-core Exynos processor, 3GB of RAM, and impressive graphics. Naturally, owners will want to use it to run games and other intensive apps, then.

The only problem is, those things make the Galaxy Tab S hot, and its flimsy plastic back has a tendency to become pretty disfigured — as you can see in the photos above and below that were sent to Russian blog Hi-Tech.Mail. The slate’s owner claims this problem occurred the day they received the device. 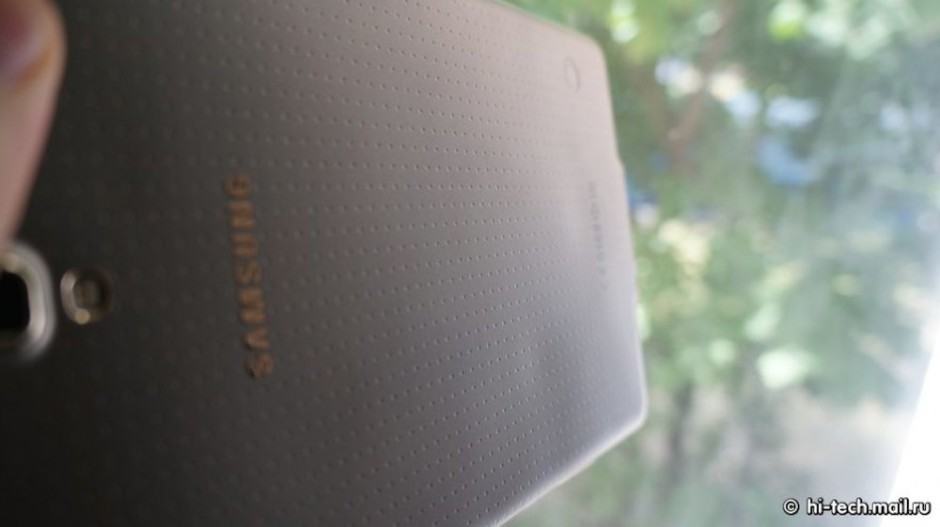 Hi-Tech.Mail reports that other Galaxy Tab S owners are reporting the same problem in several online forums. The site contacted Samsung for a response, but although the South Korean company says it is “considering” the issue, it describes is as “negligible” and does not seem too concerned by it at this point.

“Samsung’s customer satisfaction is our highest priority, so at the moment we are carefully considering this device’s case,” the email read, translated from Russian. “Although the deformation on the rear lid is negligible and should not pose a problem for the operation of the tablet, the owner of the tablet can contact the nearest Samsung service center for replacement of the said defective part.”

It’s worth noting that the problem appears to have arisen with the Exynos-powered Galaxy Tab S, so those with a Snapdragon version may have been lucky enough to avoid it. It’s something Samsung must address quickly, however. Although it may not hinder use, no one wants a tablet that gets so hot it starts to melt.

Do you have a Galaxy Tab S? Let us know in the comments if you’ve experienced a similar issue with overheating.