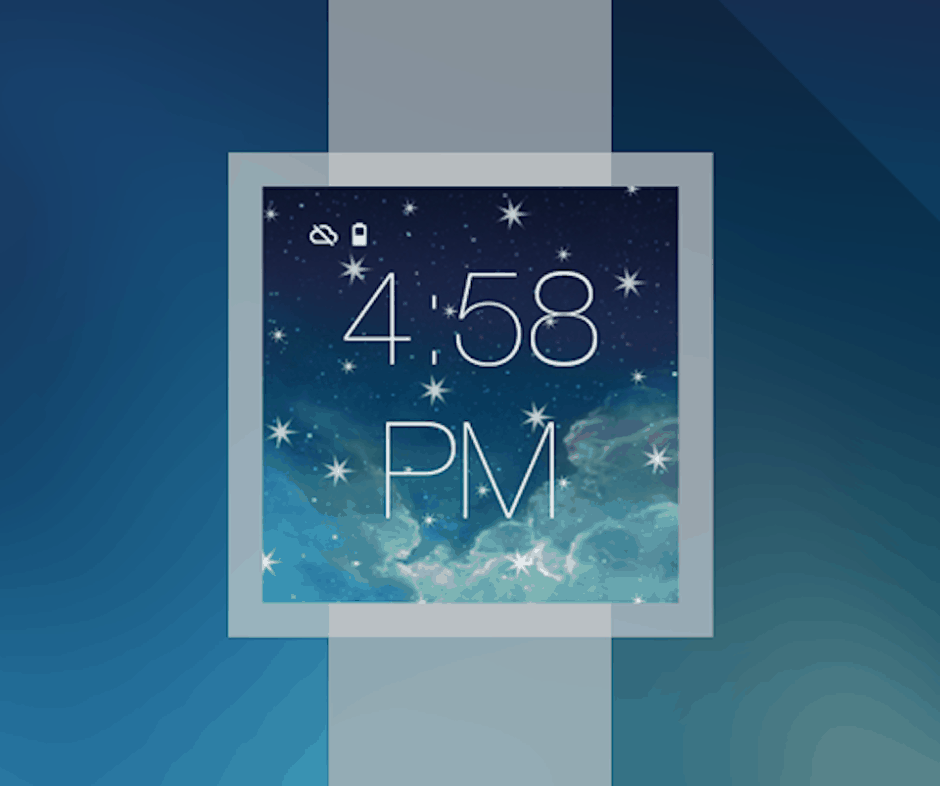 Apple sure is making us wait for the iWatch, and if recent rumors are to be believed, that wait isn’t about to end any time soon. If you’ve decided to spend your cash on an LG G Watch or Samsung Gear Live instead, then why not add a touch of iOS to it yourself with the free iWatch theme for Android Wear.

The actual design of the iWatch’s interface is still a mystery, of course, so this theme is not an accurate representation of what it will look like (obviously). But it is designed to make your Android Wear device look like it’s running iOS. It sports the default wallpaper from iOS 7, as well as the clean Neue Helvetica font in white.

It also features little icons that allow you to monitor battery life and connectivity at a glance.

The iWatch theme is available to download now from Google Play, and it’s completely free. To install it, simply download the app to your Android smartphone while your watch is connected, and it will automatically be transferred. You can then apply the theme by tapping and holding on your watch’s display for a second and then selecting the new face.

The actual iWatch — if that is its real name — was expected to make its debut this fall. Recent rumors have claimed, however, that it won’t enter mass production until November, which means it may not appear until early next year.