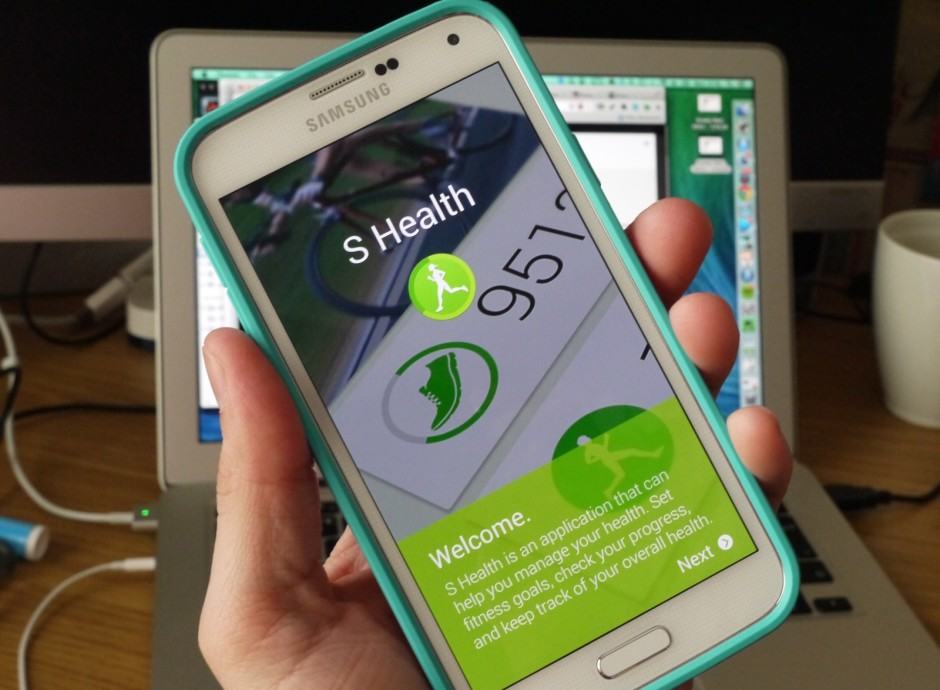 When you buy a Samsung smartphone, you quickly discover that most of its internal storage is taken up by the TouchWiz operating system. That’s because it’s jam-packed with pre-installed apps and features that Samsung believes we all want — but how many of those apps actually get used?

Not many of them. According to data from Strategy Analytics, the average Galaxy smartphone user spends little time with Samsung’s own offerings, with the company’s most popular app getting just 3.9 minutes of use per month.

Compare these usage times to those for third-party apps and it becomes clear just how unpopular Samsung’s offerings are. Facebook sees a whopping 664.1 minutes (11 hours) of use per month from the average Galaxy S3 and Galaxy S4 user, while Instagram sees 151 minutes (2.52 hours) of use. 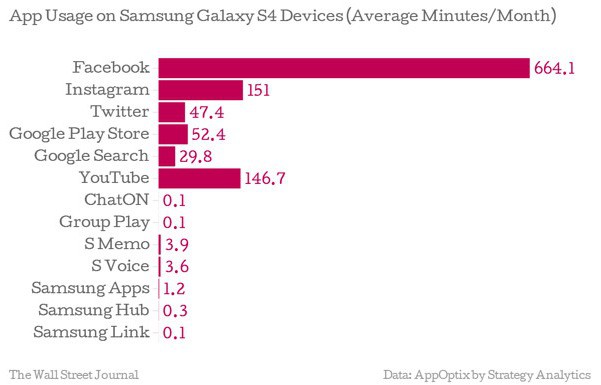 It’s pretty clear, then, that Samsung’s own Android apps are pretty unpopular amongst its users. 250 of them took part in the Strategy Analytics study, which followed their app usage statics over one month.

The results are likely to provide more frustration for those who feel Samsung should minimize its bundled software in favor of more storage. A 16GB Galaxy S5 offers less than 8GB of internal storage to users due to the size of the TouchWiz operating system that comes pre-installed.

But Samsung isn’t going to tone it down. The company prides itself on its boat-load of “bloatware,” which includes services like S Health, S Voice, and My Magazine — and tools like S Translator, Air Gestures, and Group Camcorder. Samsung sees these things as reasons to buy a Galaxy device over a competing one.

Some of them certainly are useful. I’ve been using S Health a lot on the Galaxy S5, and I love having a TV remote built into my phone. But others are little more than gimmicks, and no one would miss them if they weren’t there. Samsung could easily fix this by allowing us to uninstall the ones we don’t use, but that’s unlikely to happen.