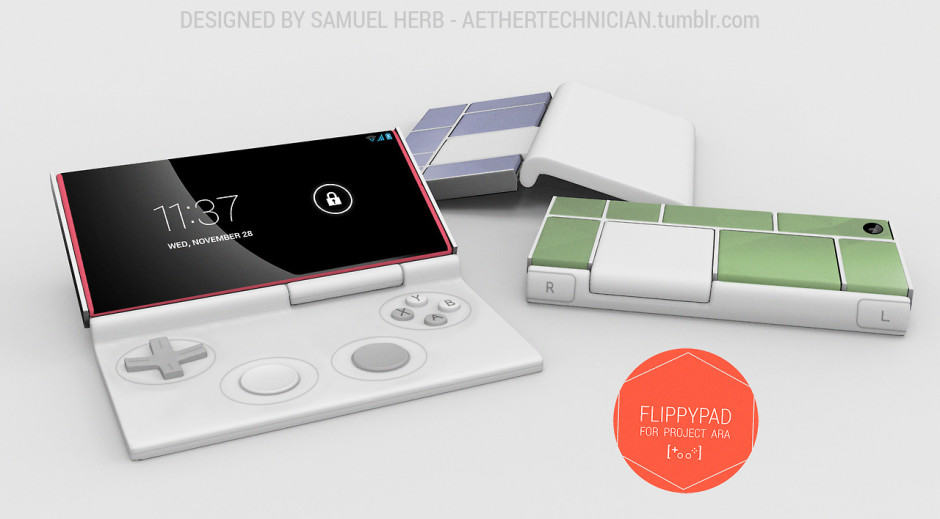 A new concept by product designer Samuel Herb shows the vast potential of Google’s Project Ara modular smartphone, which will start hitting the markets in early 2015. This concept appeals to the gamers and shows a hinged controller with a complete set of gaming buttons available on the front along with the traditional R and L buttons on the back of the device.

Since Project Ara is all about a collection of parts coming together, it will be interesting to see how something like this could be assembled. Perhaps we could see third party manufacturers launching external gaming shells for Ara compatible devices.

Since this is merely an artistic rendering at this point, it’s not possible to predict if this will eventually gather enough attention to be a real thing. But Herb is urging users to spread the word so that Google takes note of this and allows for a working prototype to be developed.

The concept looks very neat and we hope to see something like this land in the markets. Although for the time being, it might remain a pipe dream.