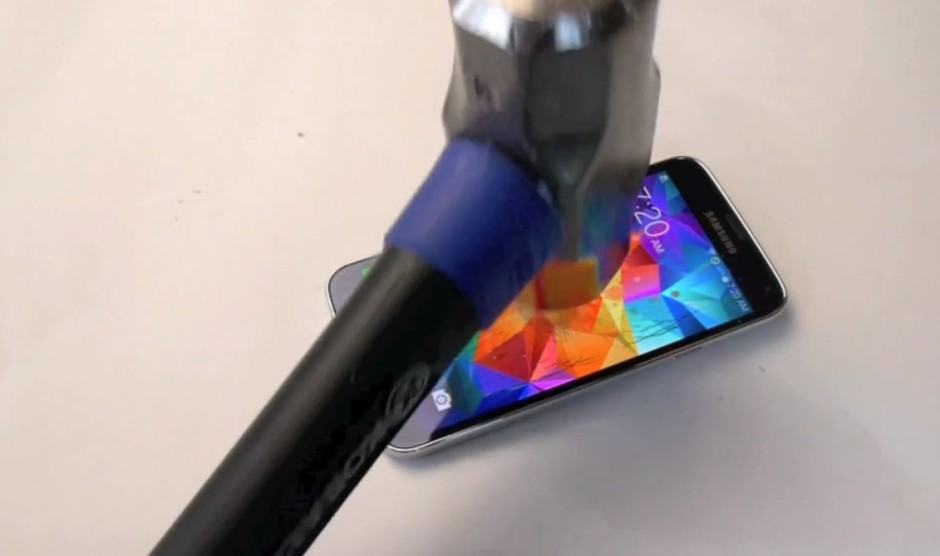 No one likes to see a brand new smartphone being smashed to pieces unnecessarily, so this torture test video featuring a Galaxy S5 that fights back is the most enjoyable one you’ll find on YouTube. It looks like the handset is going to go down easily after several whacks with a large hammer — but it only takes one blow to the battery to send its abuser running in the opposite direction.

Of course, some smartphone torture tests can be useful. If you’re a clumsy person who frequently drops their device, it’s good to know just how durable they are before you spend your money. But the helpful tests put the latest smartphones under their paces in real-world scenarios.

We want to know how well a handset will cope with a drop from head-height or after falling off a desk, or how it stands up to a quick dip in a sink full of water. What isn’t all that useful is seeing how many times you need to smack it with a hammer to completely obliterate it. That’s just senseless gadget abuse.

When this happens, then, it’s nice to see the smartphone fight back — and that’s exactly what the Galaxy S5 does in the video below from TechRax. The hilarity begins at about 3 minutes in.

Obviously this wouldn’t be quite as funny if the YouTuber was seriously injured, but he got out okay — which is more than can be said for that poor Galaxy S5. At least it wins the award for most entertaining torture test star, though.