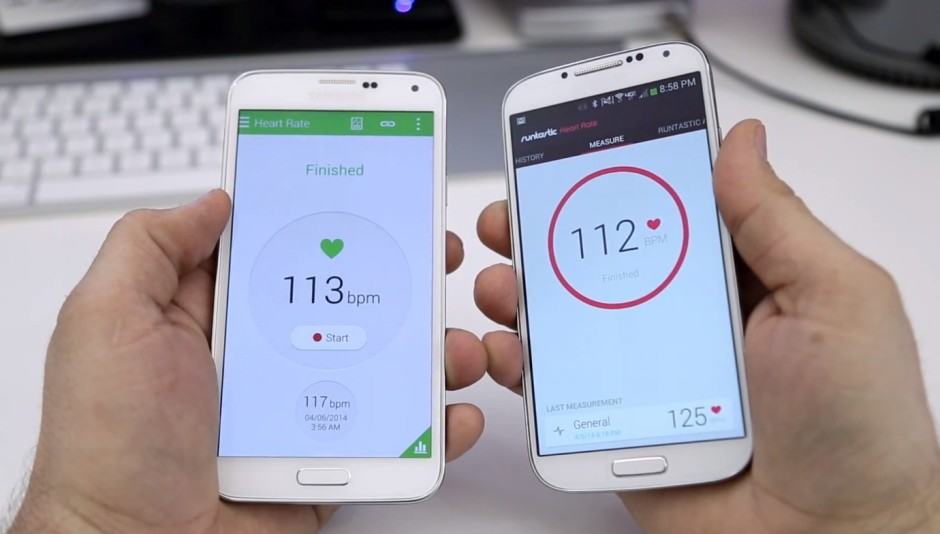 The new Galaxy S5 boasts a ton of fancy new features, but one of the things Samsung has been pushing most since the handset was unveiled back in February is its built-in heart rate sensor. But just how revolutionary is that new sensor?

Well, as it turns out, not very. In fact, based on the hands-on video below, you can get the same results using your smartphone’s camera and LED flash with an app like Heart Rate Monitor from Runtastic.

Dom Esposito from Macmixing has already gotten his hands on the Galaxy S5, which goes on sale in most markets this Friday, April 11 — and he’s been putting the new flagship through its paces. When testing its built-in heart rate sensor, Dom found the new feature could be little more than a marketing gimmick.

There’s no denying the heart rate sensor works, and it’s a feature that’s sure to appeal to fitness fanatics who are shopping for their next smartphone. But it’s certainly nothing special. Using an app like Heart Rate Monitor, you can get identical results on almost any smartphone with a camera and LED flash.

As you can see, both the Galaxy S4 and the iPhone 5s — neither of which have proper heart rate sensors — produced almost exactly the same results as the Galaxy S5 in Dom’s tests. While a dedicated sensor might look and sound impressive, then, it appears to be nothing special.

This is also a testament to those apps that use your smartphone’s LED flash to detect your heart rate; you may not think they’re all that accurate, but up against a dedicated sensor, they’re just as good.