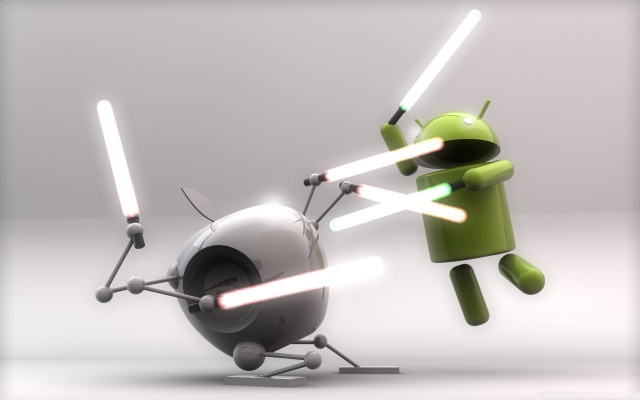 Apple and Samsung will return to federal court in Silicon Valley today for the next round of their seemingly never-ending patent war.

The two rivals will face off once again before District Court Judge Lucy Koh, presiding in the California city of San Jose.

Koh was the same judge who presided over the previous Apple vs. Samsung trial, which ended with a jury deciding that Samsung owed Apple more than $1 billion in damaging for infringing on patents — although this number was later trimmed to $929 million.

Because U.S. patent litigation is slow, today’s trial will concern 2012 and pre-2012 patents. It will concern Samsung’s flagship Galaxy line and Apple’s iPhone. Patents involved in the case involve unlocking touch-screens with gestures, automatically correcting words being typed, retrieving data sought by users, and performing actions on found data — such as making a call after coming up with a phone number.

Should Apple emerge victorious it could result in an even larger amount of money awarded in the form of damages. Apple is reportedly demanding Samsung pay a hefty $40 royalty for each allegedly infringing device. This would mean that total damages could be in excess of five times the amount sought in previous trials.

It would also likely result in a demand that infringing products be banned from sale in the U.S.

“Both in the United States and globally, Apple and Samsung have established themselves as fierce competitors in the smartphone market and fierce adversaries in the courtroom,” Judge Koh said ahead of the trial.
The chiefs of Apple and Samsung participated in mediation to see if the dispute could be settled out of court, but talks failed at that time.

Jury selection is set to commence today. on Monday. Koh is allowing each side 25 hours to present evidence in order to make its case to jurors.