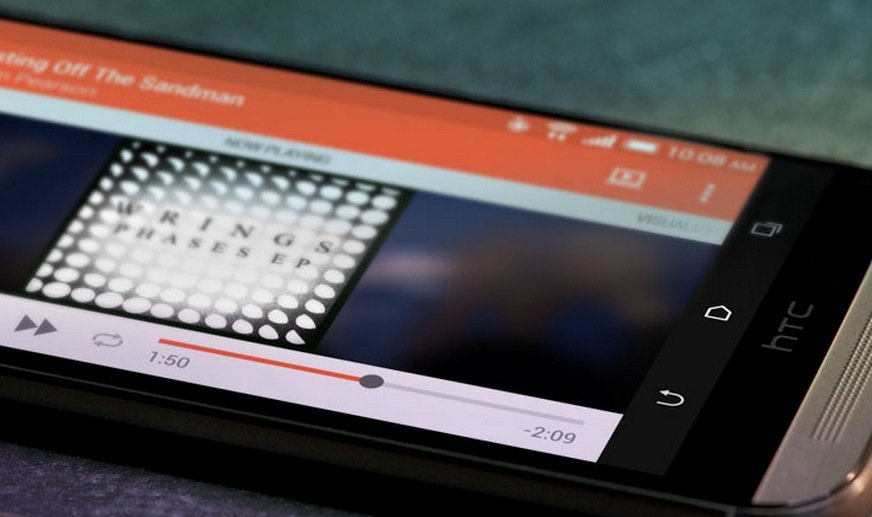 But how does it stack up against competitors like the Samsung Galaxy S5, the Sony Xperia Z2, and even the Apple iPhone 5s? Our in-depth comparison chart makes it all clear — and helps you decide which of today’s flagships is worth your hard-earned cash.

The new HTC One M8 is much closer to the Galaxy S5 in terms of specifications than its predecessor was to the Galaxy S4. They both feature the same processor, the same amount of RAM, the same storage options, and useful features like an infrared blaster.

And of course, Samsung’s flagship will be HTC’s biggest competitor — as it is every year. It offers things like a heartbeat sensor and fingerprint scanner, which the new HTC One M8 doesn’t have, but then HTC’s offering has those incredible BoomSound speakers and two rear-facing cameras.

Sony fans won’t want to ignore the new Xperia Z2, either, which is a big improvement over its predecessor. It also has the latest Snapdragon 801 CPU, and an impressive 20.7-megapixel rear-facing camera that’s capable of shooting 2K video.

It’s difficult to recommend the Nexus 5 at this point. Even thought it is incredible value for money and it offers stock Android with prompt software updates — and I love mine — its aging Snapdragon 800 CPU and 8-megapixel camera are no match for its competitors.

With all this in mind, your decision should be based on which platform you most prefer, and which handset most excites you.

If you prefer TouchWiz over Sense, you’ll want to choose the Galaxy S5 or the Galaxy Note 3. If build quality is most important to you, you’ll almost certainly want the new HTC One M8 or the iPhone 5s instead.

Whatever the case may be, choosing a device announced this year means you’ll get the latest technology in a handset that’ll be more than capable to get you through a two-year contract.