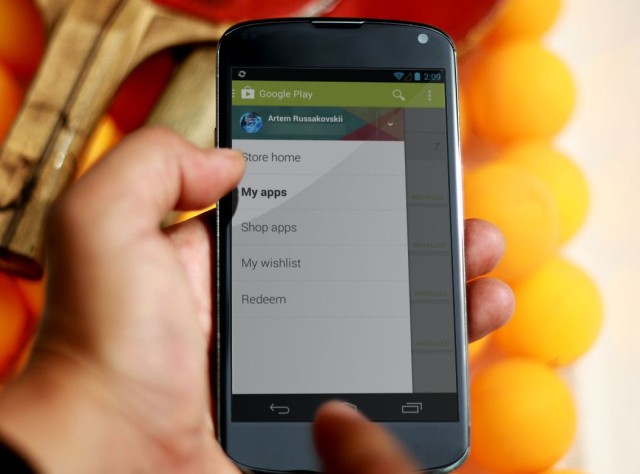 One of the most frustrating things about Google Play is the inability to select and install multiple applications simultaneously. So, unless you restore from a backup when you’re setting up a new device, you have to go through a long list of purchased apps and install all the ones you want one-by-one.

But that’s no longer the case, thanks to a new Google Play update rolling out this week. Users are now able to batch install apps by making multiple selections and hitting one “install” button. The update also brings a new “require password” option, some interface changes, and the ability to force Play Store updates.

Before this update, you could select multiple apps in your purchased apps list, but only to remove them.

Strangely, that option has now been removed, but Google has given us the ability to batch install instead. So you can select a whole bunch of apps and download them all by hitting just one button — rather than having to go into each one and tap “install” dozens of times.

And that’s not the only change Google made to make the Play Store a little less infuriating. When you remove individual apps from your purchased list, it no longer takes you back to the top of the list, forcing you to scroll all the way through it again. 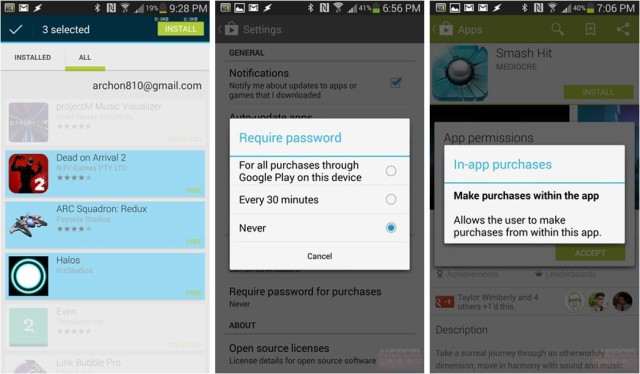 In addition to these things, Google has added a “require password” option that lets you choose when the Play Store should ask for your password — if at all; and you’ll now find the “Settings” and “Help” menus are available from the navigation drawer.

The “auto-add widgets” option has also been renamed “add icon to home screen” to save confusion, and you can now force the Play Store to search for updates by tapping “build version” in the Settings menu. Other changes include:

The latest version of Google Play is rolling out now. If you haven’t received it yet, you will do soon — or you can download the APK and install it manually by following the link below.