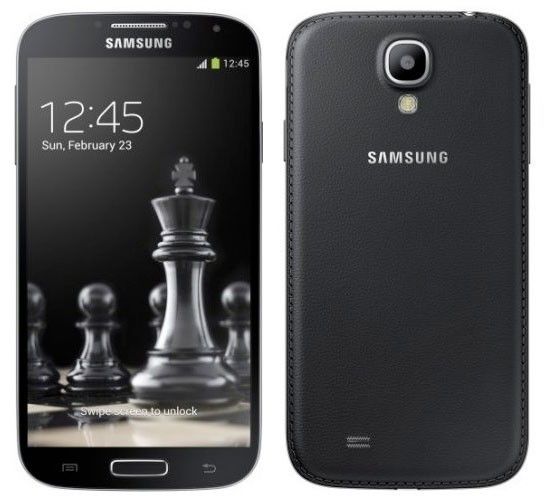 Samsung has ditched the Galaxy S4’s flimsy plastic back in favor of a soft-touch faux leather alternative for a new black model that’s making its way to Russia next month. The new cover is identical to the Galaxy Note 3’s, which the vast majority of users prefer over Samsung’s traditional slimy plastic.

While the Galaxy S4 has received plenty of praise since its release last spring, it has also received a lot of criticism for its build quality. Alongside competitors like the iPhone 5s and the HTC One, it’s all-plastic form factor feels incredibly cheap and tacky, and it just doesn’t cut it.

We’re hoping Samsung will change that for the Galaxy S5, but in the meantime, those in Russia will soon be able to get their hands on a Galaxy S4 and Galaxy S4 mini with a slightly improved design. The front of the handset remains the same — aside from some new black paint — but the back cover has replaced by a faux leather panel.

Galaxy Note 3 owners will tell you that the faux leather is much nicer than the cheap plastic, and we’re immensely jealous that the new handsets appear to be exclusive to Russia for now. That hasn’t been confirmed by Samsung yet, though — so we’ll keep our fingers crossed for a wider rollout.