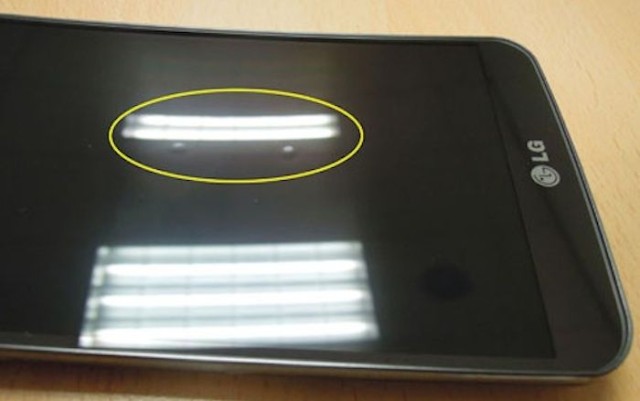 If you saved up your pennies to purchase the premium LG G Flex, I bet you’d be pretty disappointed if your handset arrived with display defects. That’s exactly what some unfortunate G Flex adopters have found, and to make matters worse, LG insists it’s completely normal.

A number of G Flex owners in Korea have reported that their devices have small bumps within the POLED (plastic OLED) display panel — as highlighted in the above above. But when they told LG about the problem, the company said it was normal, and refused to provide a replacement device.

“Because key components inside the G Flex such as the glass cover, OLED display, battery and frame are elastic, excessive or frequent force that flattens the device may produce bumps,” LG said in a statement to The Korea Times, adding, “the issue has no relation to the performance and quality of the device.”

Some may argue that if you use force to bend or flatten the G Flex — which LG does not recommend — then you should expect issues to arise. However, many of the customers experiencing these display problems say they’ve never attempted to bend their handset.

“All LG G Flex models that I’ve seen so far come with small bumps,” said Kim Ji-hoon, an electronics salesclerk, during an interview with The Korea Times.

LG promises that the bumps will disappear over time, and that they can be removed immediately by applying pressure to the problematic spot on the display. But the company certainly won’t be offering replacements for affected devices, it seems.

Has your LG G Flex got small bumps within its display? Let us know about them in the comments.