BBM has been a huge success on Android and iOS, and so although they may be rival platforms, that won’t stop BlackBerry from porting over its biggest and best BBM features to keep its messaging service alive.

In 2014, the Canadian company will rollout major updates that add BBM Channels, BBM Voice, and new sharing features — and you can see them in action in the video below.

With that in mind, we thought we’d get a very watered-down version of BBM which lacked many of the service’s key features — so we could chat to friends over BBM, but if we wanted to access the latest BBM features, we would still need to buy a BlackBerry. And so far, that is essentially what we’ve been given. 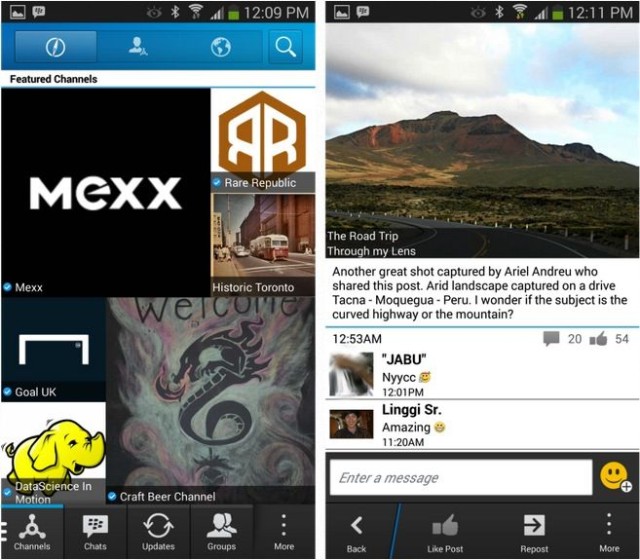 BBM Channels only went public on BlackBerry a few months ago, so it’s the latest feature on the list. It’s also the feature that differentiates BBM from other popular messaging services like WhatsApp, Viber, and Line. Users can create Channels based on their interests, and then invite others to join in with the conversation.

Channels like Through My Lens allow those with an interest for photography to share pictures that are proud of with other BBM users, while the official Mercedes-Benz and Toronto Raptors Channels allow fans to get in touch with their favorite brands and teams.

BBM Voice brings free voice calls to BBM users. You can call any BBM contact around the world and talk to them without paying a penny, eliminating expensive overseas call chargers. It’s essentially just like Skype or Viber, but the perfect alternative for BBM fans. 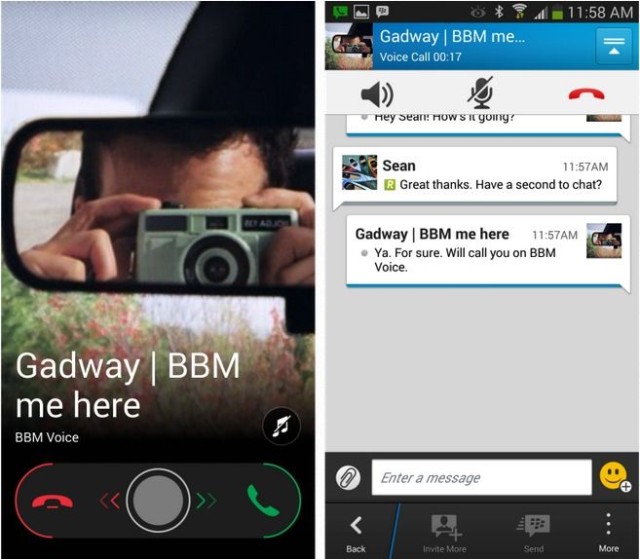 BlackBerry will also be adding some new sharing features, which will allow you to send photos, voice notes, and your location; and a whole host of new emoticons. You can see some of these features in action in the video below, and find out more on the Inside BlackBerry blog by following the source link.