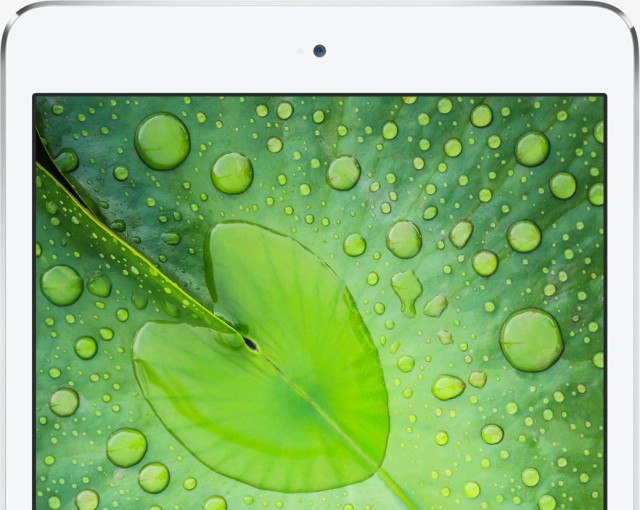 You’ve probably heard that the new iPad mini with Retina display has a significantly smaller color gamut that the larger iPad Air, but how does it compete against rival tablets like the Google Nexus 7 and Amazon’s new Kindle Fire HDX?

According to the experts at DisplayMate, not very well. In fact, the new iPad mini came a “distant third” in their tablet display shootout, thanks to Apple’s “inexcusable” decision to use old technology.

“Apple was once the leader in mobile displays, unfortunately it has fallen way behind,” DisplayMate says.

So what is it about the iPad mini’s Retina display that makes it so poor? Well, it doesn’t just have a disappointing 63 percent color gamut — while the Nexus 7 and Kindle Fire HDX both provide a full 100 percent color gamut — but it also consumes the most power, is more reflective, and isn’t quite as bright as the others.

The biggest problem with the Retina iPad mini’s display is that it’s too much like its predecessor, DisplayMate says. While it boasts a significantly greater pixel density — with the same resolution as the iPad Air — its color gamut remains the same. In fact, it offers the same color gamut as the iPad 2, which will be three years old next spring.

So, even though it’s sharper than the original iPad mini’s display, the Retina iPad mini display is not really better in any other way.

“The new Google Nexus 7 has a very impressive display that uses the highest performance LCDs with Low Temperature Poly Silicon LTPS,” DisplayMate found. “The very high efficiency LTPS technology allows the new Nexus 7 display to provide a full 100 percent Color Gamut and at the same time produce the brightest Tablet display that we have measured so far in this Shoot-Out series.”

As for the Kindle Fire HDX, that was the most impressive overall. It’s the first tablet display to use “high technology Quantum Dots,” DisplayMate says, “which produce highly saturated primary colors that are similar to those produced by OLED displays.”

DisplayMate concludes that “the big differences in Color Gamut between the Kindle Fire HDX 7 and Nexus 7 and the much smaller 63 percent Gamut in the iPad mini Retina Display were quite obvious and easy to see in the side-by-side Viewing Tests.”

“Two innovative Tablet manufacturers, Amazon and Google, have significantly leapfrogged Apple by introducing Tablet displays using LTPS (in the Kindle Fire HDX 8.9 and the new Nexus 7), and they are significantly outperforming the IGZO and a-Si displays in the current iPads.”