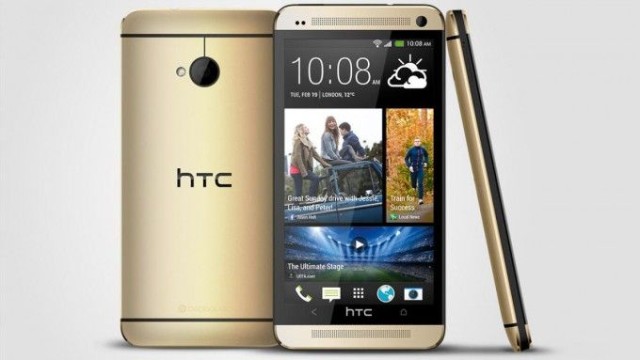 HTC has today announced a new HTC One variant that gives Android fans with a penchant for gold a nice alternative to the iPhone 5s. The new device is identical to the original on the inside, but its aluminum panels have had a new lick of champaign-colored paint.

HTC has already produced a gold HTC One, of course, but that had a real 18-carat gold coating and was made to commemorate the 18th anniversary of the MOBO awards. Only five of these devices were actually manufactured, and each one was priced at $4,500.

But the new handset is much cheaper. It’s made from gold-colored aluminum — just like the original One and the gold iPhone 5s — not actual 18-carat gold. And personally, I think it looks a lot nicer, too. It’s much more subtle, and it’s less likely to become damaged.

The One is already seen as a compelling alternative to the iPhone, thanks to its excellent design and build quality that is mostly unmatched by other Android-powered smartphones. That’s coupled with a 1080p display, a quad-core Snapdragon 600 processor, HTC’s trademark UltraPixel camera, and BoomSound audio with front-facing stereo speakers.

HTC says the new device will be available across Europe, but it is yet to confirm pricing or availability.