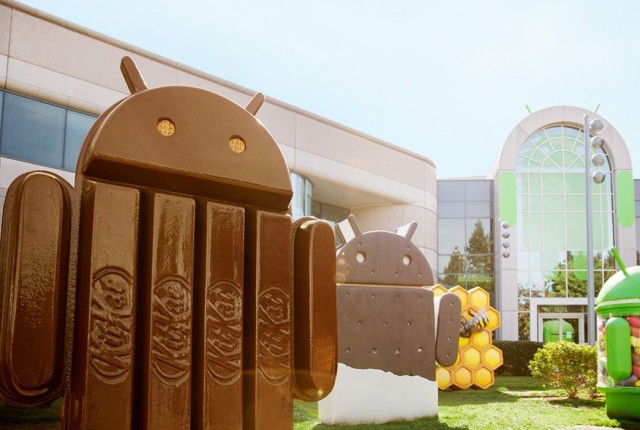 Google has announced that its latest Android 4.4 KitKat update is rolling out to the Wi-Fi Nexus 7 (2012 and 2013 models) and the Nexus 10 starting today. The update will be available to download over-the-air, and it will deliver all of the new Android features that made their debut on the Nexus 5 late last month.

Some of those include SMS integration in Hangouts, new Photos and Downloads apps, a much-improved Phone dialer with search integration, and full support for Emoji. KitKat also brings lots of user interface improvements, but you won’t see the Nexus 5’s “Google Experience Launcher” on other devices.

You won’t see the Nexus 5’s “Google Experience Launcher” on other devices.

That’s the one with the transparent status and navigation bars, larger app icons, and Google Now on the home screen. It’s exclusive to the Nexus 5 for now, so you won’t get it on the Nexus 7 or the Nexus 10, or the Nexus 4 when KitKat finally starts rolling out to that. At least not yet.

It’s unclear how Google is handling KitKat’s rollout on the Nexus 7 and Nexus 10, but it’s likely to come in phases, so don’t be too concerned if your device doesn’t get the update today. You should see it over the next few days. Those with a Nexus 4 or a Nexus 7 with LTE connectivity “will be getting the update soon,” Google says.