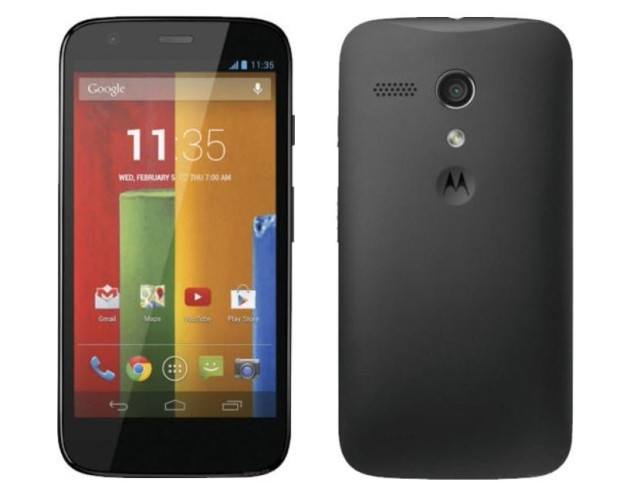 The Moto G’s price tag and specifications have been leaked by a number of retailers ahead of the handset’s official unveiling on November 13.

German retailer Phone House, British supermarket chain Tesco, and Amazon U.K. all published listings for the handset today and quickly pulled them again a short while later — but not before the handset’s specifications and press images were obtained.

So, here’s what we know about the Moto G now: the handset will have a 4.5-inch 720p display and will be powered by a 1.2GHz dual-core Snapdragon 400 processor with Adreno 305 graphics. It will also have a 5-megapixel camera capable of recording 720p video, and a 1,950mAh battery.

It will also become the second smartphone to ship with Android 4.4 KitKat pre-installed, following the launch of the Google Nexus 5 earlier this month. 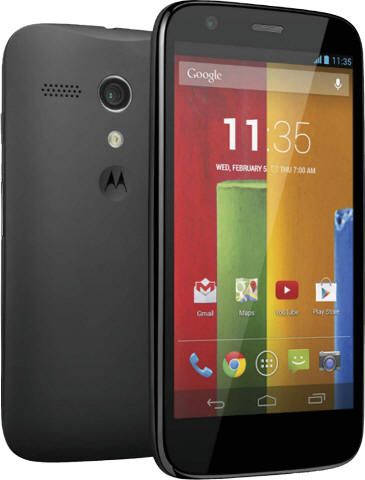 The Moto G is very much a midrange smartphone, then, and not the international version of the Moto X that some where expecting. But it looks a lot like the Moto X, and its £149 ($237/€177) price tag (according to Tesco) makes it a very affordable smartphone.

The only thing we don’t know about the device at this point is its release date, but we’ll get that tomorrow when Motorola makes the device official.