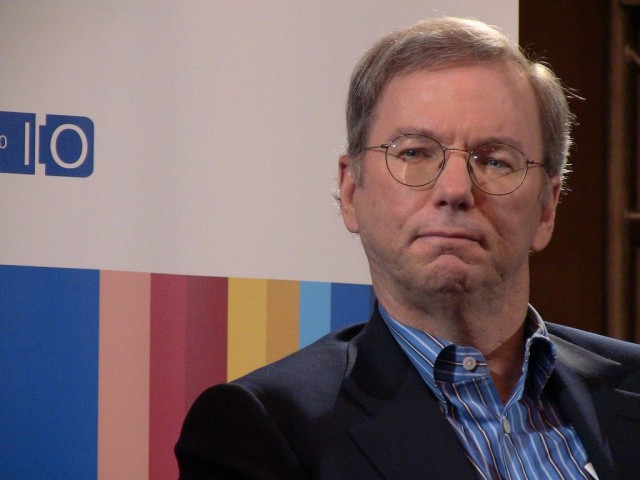 Google chairman Eric Schmidt has hit out at the National Security Agency (NSA) over claims that it has spied on Google’s data centers to gain information about its users. Schmidt told The Wall Street Journal that the allegations are “outrageous” and potentially illegal if true. “It’s really outrageous that the National Security Agency was looking between the Google data centers, if that’s true,” Schmidt said. “The steps that the organization was willing to do without good judgment to pursue its mission and potentially violate people’s privacy, it’s not OK.”

“The NSA allegedly collected the phone records of 320 million people in order to identify roughly 300 people who might be a risk. It’s just bad public policy… and perhaps illegal,” he added. “There clearly are cases where evil people exist, but you don’t have to violate the privacy of every single citizen of America to find them.”

Schmidt revealed that Google has already registered complaints with the NSA, with President Obama, and with members of the U.S. Congress. But the NSA insists that it has done nothing illegal, and that recent reports about its activities were incorrect.

“NSA conducts all of its activities in accordance with applicable laws, regulations, and policies — and assertions to the contrary do a grave disservice to the nation, its allies and partners, and the men and women who make up the National Security Agency,” it said in a statement last week.

Last week, The New York Times reported that Google and similar companies were working hard to make their networks more secure following the NSA revelations. “Google has spent months and millions of dollars encrypting email, search queries and other information flowing among its data centers worldwide,” the report read.