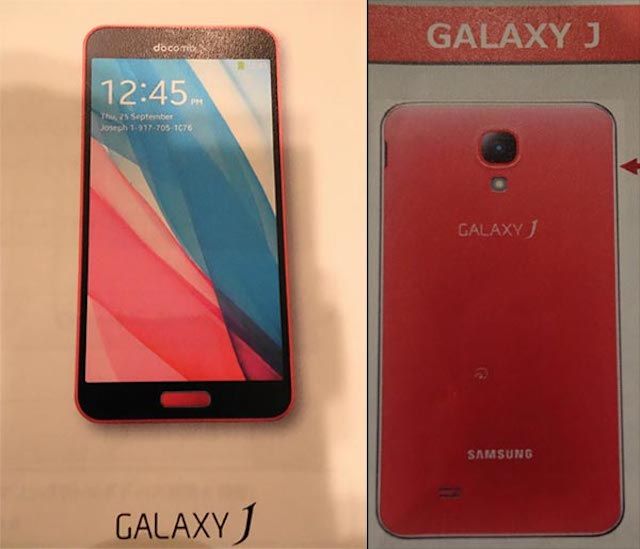 Samsung’s working on a new high-end smartphone for Japan called the Galaxy J, and it has just been leaked ahead of its official debut. The device looks a lot like the Galaxy Note II, but it has a smaller 5-inch display. Don’t assume it’s a cheaper version, though — it also has a faster Snapdragon 800 processor, a 20.7-megapixel rear-facing camera, and a dust- and water-resistant design.

The Galaxy J is certainly another high-end smartphone from Samsung, then. Nothing about it — expect maybe its flimsy plastic form factor — suggests it’s anything less. Here’s what we know about the handset’s internals, which were published in a leaked NTT DoCoMo magazine:

The only thing about the Galaxy J that looks slightly disappointing — apart from the plastic — is it’s running Android 4.2.2, not Android 4.3 with Samsung’s latest TouchWiz release. But that will surely change after the device has made its debut.

The device will be available in Coral Pink, Satin White, and Lapis Blue, but it’s unclear when it will get its official unveiling. It’s featured in NTT DoCoMo’s winter and spring magazine, so we should see it in the coming weeks.