Well, it’s official. Samsung Unpacked 2013, “Episode 2,” where the Korean electronics giant will finally unveil the Galaxy Note III, has been scheduled. Samsung has today begun issuing press invites to the event, which will take place on August 4, two days before IFA 2013 kicks off in Berlin.

Samsung’s event also takes place in Berlin, and it’s likely its new Galaxy Note III — and possibly more — will be on show at the expo. But Samsung has chosen to announce it ahead of time in an effort to avoid all of the other news that will be coming out of IFA.

Both the first- and second-generation Galaxy Notes were announced at IFA, but like a number of other big companies, Samsung has begun using dedicated press events for major announcements. And that’s exactly what this one will be. 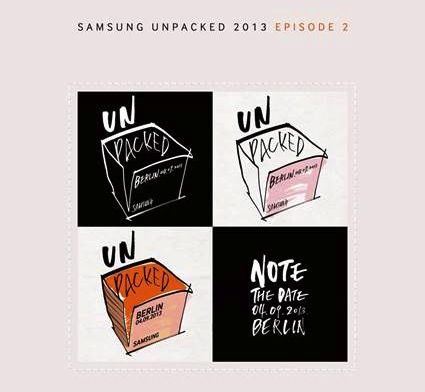 The Galaxy Note series has been incredibly popular since its inception in 2011, and there will surely be lots of demand for the latest iteration. It is expected to offer a larger 5.7-inch 1080p display, a quad-core Snapdragon 800 processor and an eight-core Exynos 5 Octa processor (depending on the market), and 3GB of RAM.

It may not be the only device announced at the event, either.

According to a recent report from Asia Economic News — the same publication that first reported the September 4 event — Samsung will also announce “GEAR,” its first Android-powered smartwatch that will aim to do battle with devices like the Pebble, and rumored upcoming offerings from Apple, Google, Microsoft, and LG.