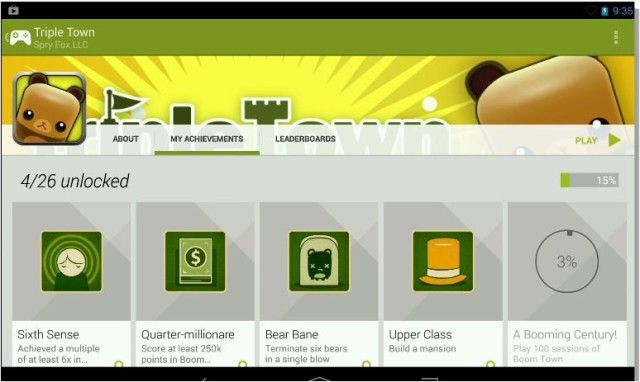 At its Android event in San Francisco this morning, Google just announced Google Play Games, a new social gaming app that will go head to head with Apple’s Game Center. The app brings all of your achievements, social connections, and public leaderboards together in one place.

The Play Games platform was first announced at Google I/O back in May, but until now, there wasn’t a dedicated app; you could see your achievements and online leaderboards inside your apps, but there was nothing that brought that all together.

The Play Games app changes that. It shows you all of your Play Games compatible titles, as well as those your friends are playing. And if you don’t yet have any Play Games friends, the built-in suggestion feature will help you find some.

Asphalt 8 Airborne, Riptide GP2, and Prince of Persia: The Shadow and the Flame are just a few of the titles that support Google Play Games, and you’ll find hundreds more in Google Play.