Do you ever wish you had a better camera in your smartphone? Well, before you upgrade to a hideous Samsung Galaxy S4 Zoom, you might want to take a look at the blurry picture below. It’s an accessory that Sony is rumored to be working on that’ll help you take incredible pictures with your smartphone.

It’s not just a fancy clip-on lens; it’s actually a 20.2-megapixel Exmor RS camera with a Carl Zeiss lens that uses your smartphone’s display as its viewfinder.

That’s the same 1-inch sensor that’s built into the Sony RX100 II, a dedicated point-and-shoot with a $750 price tag. According to “two trusted sources” for Sony Alpha Rumors, the accessory has a built-in battery, Wi-Fi, and NFC, and it sticks to the back of your smartphone. 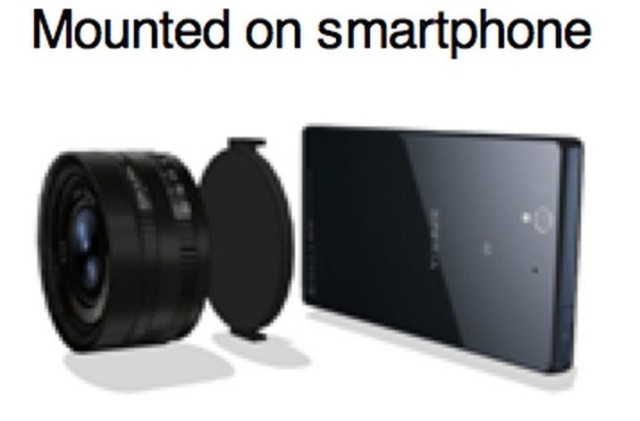 The device then connects to your smartphone wirelessly — presumably using one of the connections mentioned above — and uses your smartphone’s display as its viewfinder.

It’s unclear whether the device will be compatible only with Sony’s Android-powered devices, but we sure hope it’ll support other devices, too — though Apple may have to add NFC to the iPhone before that’s compatible.

Sony Alpha Rumors is adamant this is a real product and that it’ll be available soon. In fact, the site has given it an “SR5” rumor rating, which is “almost certainly correct.”