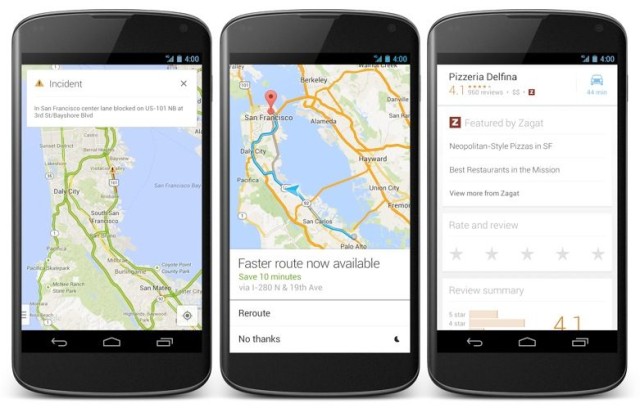 Google has rolled out a major Google Maps update for Android smartphones and tablets, which is also “coming soon” to iPhone and iPad. It introduces a new design that finally boasts a dedicated user interface for tablets, as well as enhanced navigation and new features.

The new look builds upon the Google Maps design that made its debut on the iPhone last December — with information cards, improved fonts, and cleaner buttons and menus — but it now has a new tablet user interface that’s optimized for larger displays.

The update also kills off the Latitude feature, but brings several others. One of those is Explore, which makes it quick and easy to find new places to eat, drink, sleep, and shop without typing a single letter. Just tap the search box to get started. 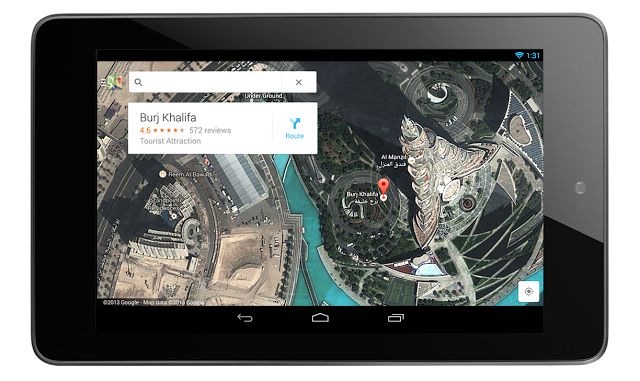 Google also promises enhanced navigation with this release, with the ability to view reports of problems on the road ahead, and the option to “alert you if a better route becomes available and reroute you to your destination faster.” This is an Android exclusive at the moment, but Google says it’s coming to iOS soon.

The last major change in this update is to reviews, ratings, and offers. There’s a new five-star rating system that shows you previews on how your friends and others have rated places like restaurants and bars. You can also view expert reviews when you see the “Zagat badge of excellence.”

The new Google Maps update is available now on Android, and “coming soon” to iOS.