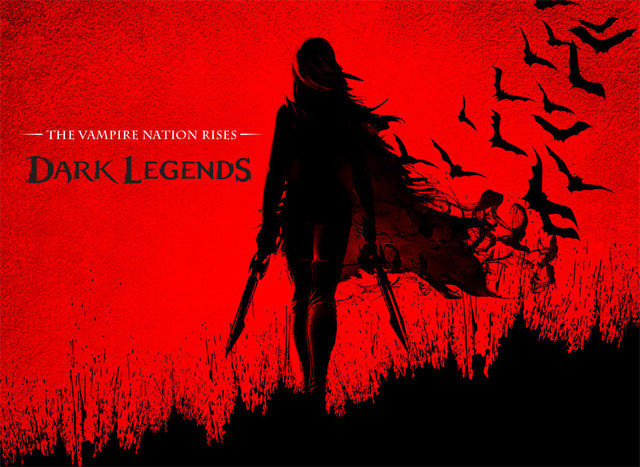 One of my favorite developers, Spacetime Studios, has announced yet another great project they are working on. If you haven’t heard of them, they’re the guys behind the hit cross-platform MMO Legend Series. From Pocket Legends to Space Legends, they have done everything right in the realm of true cross-platform gaming, and are pioneers in what I believe will be the future of gaming. Their latest project falls in line with the Legends series, and is entitled Dark Legends.

Dark Legends expands on their 3D MMO model with a more narrative rich experience as well as added game mechanics. As the title implies, this latest iteration takes a turn from the traditional sci-fi fantasy we’re used to seeing and delves into a world of Darkness, a world full of Vampires.

Dark Legends opens with the player recently raised and under the direction of the vampire that sired them. The secret existence of vampires has been exposed and angry, misguided humans are uniting to exterminate the undead plague by any means necessary. Players must work with their clan to survive this brutal new world.

The game is full of secret societies, hordes of undead, werewolves, demons and revengeful humans. Gameplay is full of fast, action paced attacks, with newly added mechanics such as charge attacks and the ability to drain enemies. Although no in-game art has been outed as of yet, the game sounds amazing, and having played Spacetime Studios’ previous titles, I’m sure it will be.

Spacetime’s modus operandi is cross-platform gameplay and there will be plenty of it when Dark Legends is released. You’ll first catch a glimpse of this dark MMO at GDC (Game Developers Conference), where it will then be released for Android, iOS and Chrome. Hopefully we’ll be able to get our hands on some more info and screenshots before then, but this is one game I will personally be looking forward to.

Not much more to go on, but if you’d like to keep up to date, be sure to follow the source links below.