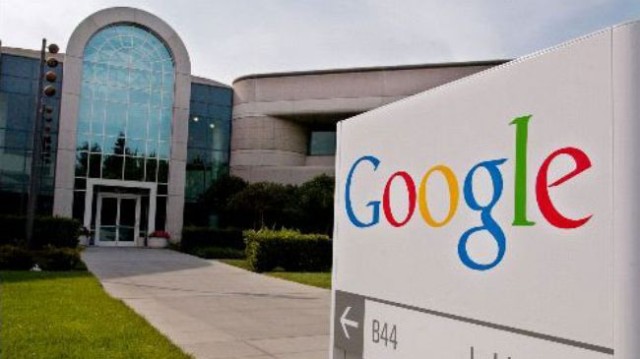 Apple’s share price has steadily been falling for some time now, and earlier this week it dipped below $400 a share for the second time this year. Meanwhile, Google’s has been on the rise. As a result, if you take away all the cash the two companies have sat in the bank and just look at their enterprise value, then Google is worth more than Apple for the first time ever.

When it comes to market capitalization, which includes the money both companies have in the bank, then Apple is way out in front with a $378 billion value versus Google’s $286 billion. But if you take away that cash and look at enterprise value alone, it’s actually Google that comes out on top. 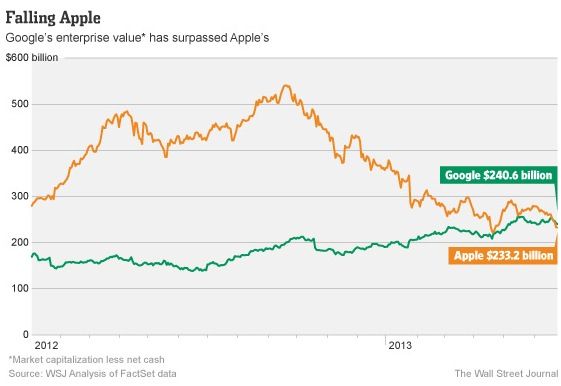 “Strip out Apple’s $145 billion of net cash as of March, and Google’s $45 billion. This leaves an enterprise value of $233 billion for Apple, but $241 billion for Google, reflecting the underlying value of the companies’ actual operations,” The Wall Street Journal reports.

Apple recently lost its crown as the world’s most valuable company to Exxon Mobil, which the Cupertino company overtook for the first time just last January. However, I’m sure seeing that seeing Google nipping at its heels will be more of a concern.