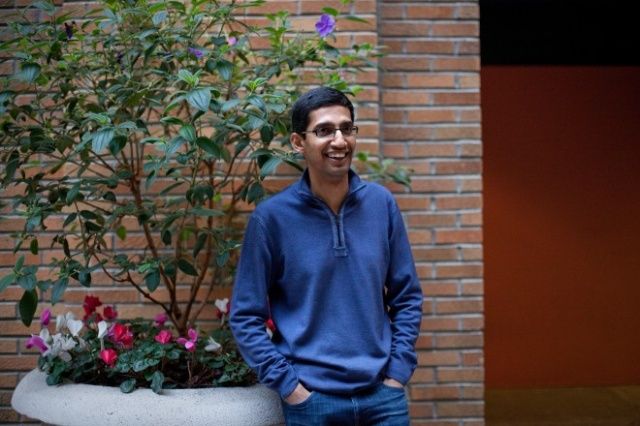 “They did what to the icons?”

Android chief Sundar Pichai has revealed on Twitter that he is “excited” to try out the new iOS 7 beta that Apple released to registered developers following its WWDC keynote on Monday. He’s even willing to splash $99 on a developer account to get early access to it.

“Excited to try out iOS7 beta,” Pichai told his 10,000 followers on the micro-blogging network. “Guess I need to register as a developer first.”

Why Pichai wants to try out Apple’s upcoming iOS release is a mystery, but it can’t hurt keeping a close eye on what the competition is doing. After all, Pichai should be first to know where Android might be lagging behind.

If anything, Pichai should be very happy after trying out the new iOS beta. Apple really screwed up in places when it comes to the platform’s design — particularly with the app icons — so at least Jelly Bean looks a lot prettier now.