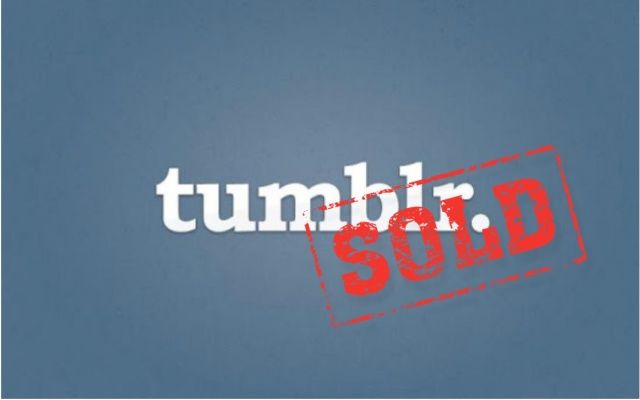 Yahoo! has this morning announced that it has reached a deal to acquire popular blogging platform Tumblr for $1.1 billion. The company promises “not to screw it up,” and says that Tumblr will continue to operate as a separate business, with David Karp remaining CEO.

The acquisition comes just weeks after Yahoo! acquired task management service Astrid, and just under two months after the company acquired news summarization service Summly. Unlike Astrid and Summly, however, Tumblr will not change.

“The product, service and brand will continue to be defined and developed separately with the same Tumblr irreverence, wit, and commitment to empower creators,” Yahoo! said in its press release this morning, following weekend rumors that suggested a deal with Tumblr was done.

Tumblr currently boasts more than 300 million monthly visitors, and over 120,000 signups every single day, making it one of the fastest-growing media networks in the world. It sees over 900 posts per second, and more than 24 billion minutes are spent on the site each month.

While Tumblr will remain largely the same following the acquisition, the company will utilize Yahoo!’s personalization technology and search infrastructure to help its users discover other bloggers and content that they’ll enjoy.

In turn, Yahoo! will see Tumblr’s 50 billion posts added to its media network.

“Tumblr is redefining creative expression online,” said Yahoo! CEO Marissa Mayer. “On many levels, Tumblr and Yahoo! couldn’t be more different, but, at the same time, they couldn’t be more complementary. Yahoo is the Internet’s original media network. Tumblr is the Internet’s fastest-growing media frenzy. Both companies are homes for brands – established and emerging. And, fundamentally, Tumblr and Yahoo! are both all about users, design, and finding surprise and inspiration amidst the everyday.”

The deal is still subject to customary closing conditions, but providing there are no issues there, it’s expected to close during the second half of 2013.