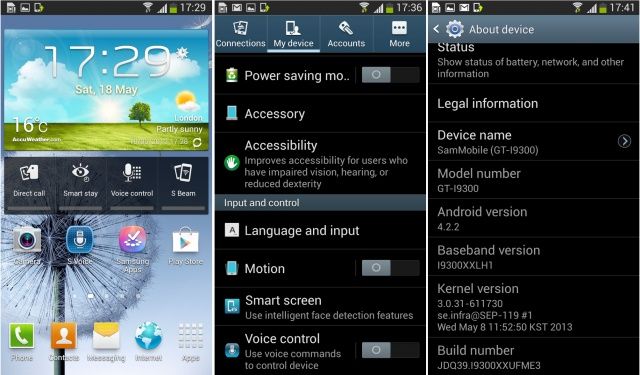 The software comes with a long list of new features — some of which are currently only available on the Galaxy S4 (officially) — plus some user interface tweaks and other improvements.

Before you rush ahead and download this software, there are some things you should know.

This is a pre-release build that has been leaked — it was not released by Samsung — so it may not be completely stable. However, SamMobile, which obtained this release from a Samsung insider, says it “works perfectly as any other official firmware.”

The software does not come with a new modem, so your Galaxy S III’s current modem will remain intact, and it will increase your binary counter — though the binary status will remain official.

Just bear in mind, then, that you may encounter some issues that haven’t yet been discovered in this release. Also, if anything happens to your device and you need to get it fixed under warranty, it may be refused if you’re running pre-release software.

If you’re happy to proceed, here’s what you’ll be getting from this firmware:

As you can see, a number of the new additions are Galaxy S4 features that are being passed on to its predecessor, which is really great to see. Samsung could have made a lot of these things exclusive to the Galaxy S4 in an effort to encourage you to upgrade, but it hasn’t. 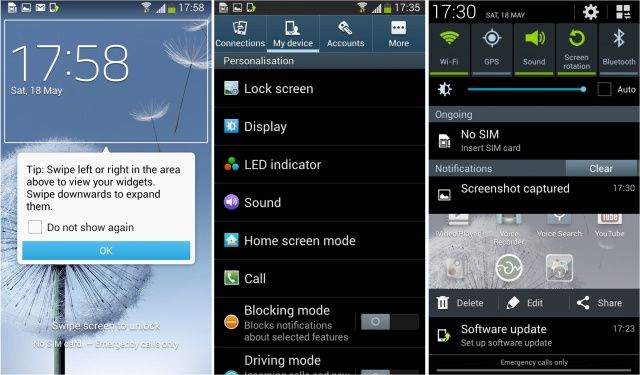 For instructions on how to download this software and then flash it to your Galaxy S III, visit SamMobile by clicking the source link below. And enjoy your new software!