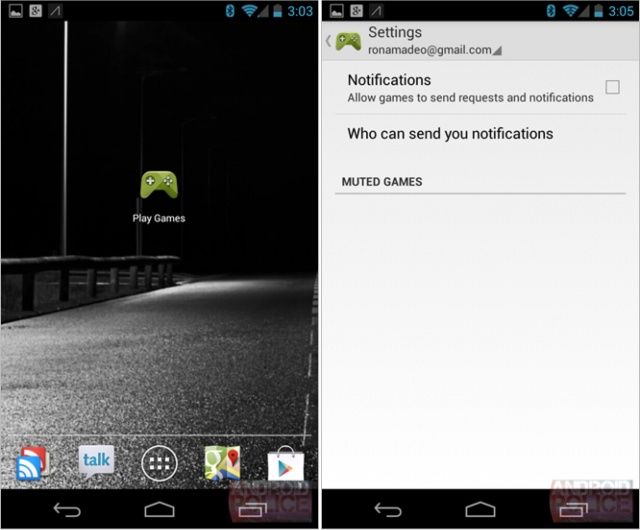 Google looks set to launch a new cloud-based gaming service at Google I/O this week, dubbed Google Play Games. How do we know? Well, screenshots that show a leaked Google Play Games app running on an Android smartphone have been published ahead of the grand unveiling, and they’re well worth getting excited about.

Google Play Games appears to be Google’s answer to things like Game Center on iOS. Not only will it allow gamers to compete with each other online — both in multiplayer and through online leaderboards — but it’ll also introduce achievements, and possibly most importantly, cloud-based game saves.

Android Police has obtained a copy of a Play Games APK file and installed it on an Android smartphone. As you can see from the screenshots above, they’ve been able to get the settings menu running, where users can manage their notifications, and switch between Google Play accounts.

The app doesn’t allow you to do much at the moment, but its code reveals a lot about what’s coming up. Here are some of the features you can expect:

These are the things you’d expect from a good gaming service, and it’s about time Android had one of its own built-in. While there are third-party alternatives already out there, it will be nice to have a first-party solution like Apple’s Game Center.

It looks like Play Games will be unveiled at Google I/O later this week, so we don’t have too much time to wait before it’s official. In the meantime, you can dig deeper into the APK teardown over at Android Police.