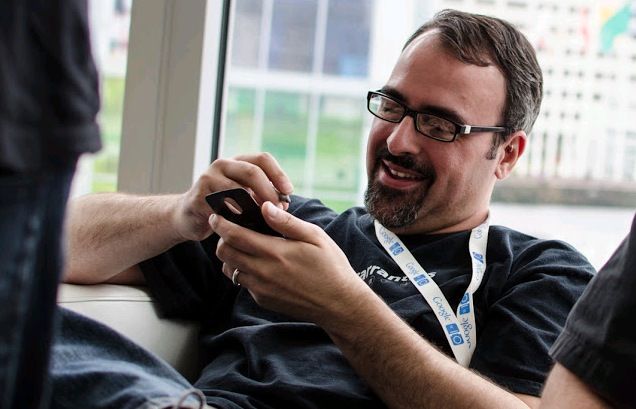 CyanogenMod founder Steve Kondik has announced that he has left his role as software engineer at Samsung after 19 months with the company. Kondik told his 36,000 followers on Google+ that “Samsung was great,” but that he has “just decided to do something new.” He also wrote a lengthy post praising the Galaxy S4 and its new features and specifications.

“I got to spend some quality time with the S4 (final hardware) before I left Samsung,” Kondik wrote. “Specwise, this device blows the competition out of the water. There are a number of unique features that have a lot of potential (assuming Samsung is opening up an API for them) such as the touchscreen which can register “hover” events, and an IR blaster.”

“Benchmarks put this device FAR above the competition (40K on Quadrant CPU) and there should be no reason why it won’t run your favorite apps flawlessly,” Kondik added. He also talks about the strengths and weaknesses of Samsung’s latest TouchWiz user interface, which “feels like it has been sent a few years back in time to the Froyo days.”

“Say goodbye to all of the nice touch-friendly ViewPagers and say hello again to a fully tabbed UI. You’ll also enjoy the seemingly endless onslaught of popup windows and modal “Loading…” dialogs.”

That doesn’t sound good. But Kondik does have good things to say about certain TouchWiz features, including the camera improvements, multi-window, and the “hover” gesture.

It’s unclear what Kondik has lined up next, but according to his Google+ profile, he now works at CyanogenMod. It’s possible he will now help develop the CM ROMs for Samsung devices, which are notoriously difficult to develop for.

Earlier this month, several member of the CM team said they wouldn’t be developing for the Galaxy S4, leading many to believe that the device wouldn’t see CM ROMs at all. However, the organization later announced that it didn’t have a stance on the handset yet, and that this would remain the case until the device launches.

Interestingly, Kondik’s Google+ post about the Galaxy S4 says “CM should work wonderfully on it.”