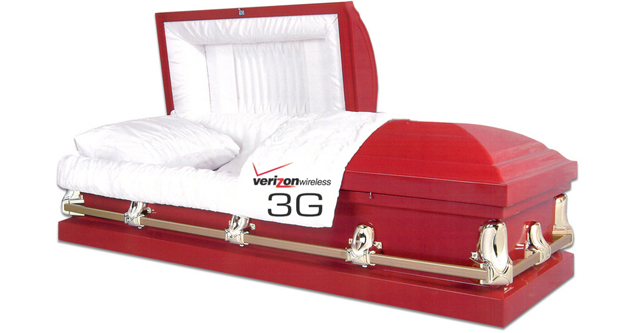 One day we’ll all look back and say “Hey, remember when we used to have 3G phones?” Of course our kids won’t have any idea of what we’re talking about, in fact, they’ll probably be calling them communicators by then. It seems Verizon is set in making 4G LTE the future of their network, so much, that they have announced from here on out, 4G LTE connectivity is a “hard requirement” for any manufacturer looking to have their phone on Big Red’s network. Of course for now, they will be making a few exceptions for “dumb” phones and phone’s that work on their push-to-talk network.

This news brings to mind the major hiccups Verizon has experienced thus far with their 4G LTE network. Hopefully they have given this some hard thought and have ensured we won’t be experiencing many more nationwide outages. With that said, I guess we can expect all new phones on Verizon to sport the 4G LTE branding. That means no more iPhones, BlackBerrys or Window’s phones, unless they have 4G LTE on board. I guess that solidifies the fact that the next iPhone will be a 4G LTE device.

I’m all for 4G LTE, I’m just hoping they start putting in larger batteries to compensate for the power-sucking hunger of the 4G LTE network. What do you guys think? Are you sad to see 3G go, or has it outlived its use and ready for the great white spectrum in the sky?