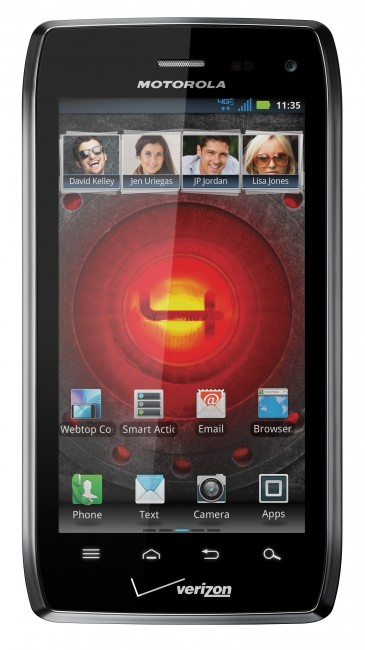 Up until now, no LTE device on Verizon has been able to support global roaming (no, not global warming, global roaming), in part because of a network issues that prevents LTE phones from roaming in non-CDMA markets. But now, thanks to some network enhancements and unannounced global GSM/WCDMA roaming capability in the DROID 4 and LG Spectrum, both devices will have global roaming support enabled by the first half of the year. Here’s what Verizon spokeswoman Brenda Raney had to say:

“The LTE phones work globally in over 40 countries that currently use CDMA technology…. For the new LTE phones to provide global roaming voice and data in non-CDMA countries, we are working on a few network enhancements so we can provide customers with the best voice and data roaming experience. We anticipate this capability to be available this year, likely the first half of the year.”

This is great news for Verizon customers who are constantly continent hopping due to work or personal enjoyment. You’ll soon be able to pick up a truly global roaming 4G LTE device and not have to worry about what you’re going to do once you land overseas. I’m still expecting some kinks in Verizon’s 4G LTE network so I’d still ere on the side of caution when deciding on a global phone, but at least you can expect better global support by the end of this year.