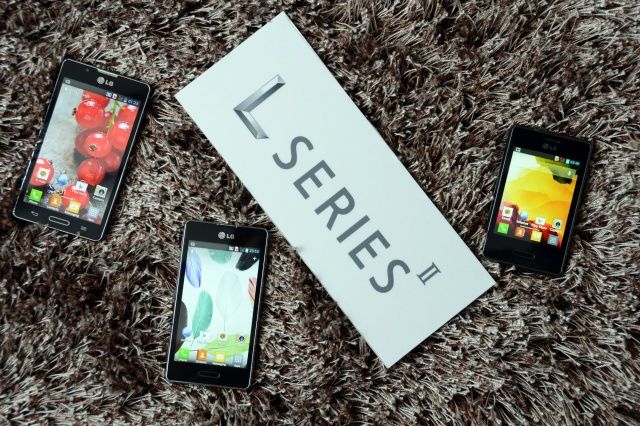 Mobile World Congress is right around the corner, but it appears some manufacturers simply cannot wait to show you their latest offerings. LG has this morning announced its new Optimus L Series II family, which includes three devices called the L3II, the L5II, and the L7II. They range in size from 3.2 inches to 4.3 inches, and it’ll be the the largest model, the L7II, that is available first.

The original Optimus L Series was a big success for LG, with more than 10 million units sold during its first ten months of availability. The Korean company is now hoping to continue that momentum with the second-generation L Series II, which promises “sophisticated style and differentiated features.”

The dual-SIM version of the Optimus L7II will be the first device to launch, making its debut in Russia this week. The device features a 4.3-inch WVGA display, a 1GHz dual-core processor, 768MB of RAM, and 4GB of internal storage which is expandable via the microSD card slot.

The L7II also offers an 8-megapixel rear-facing camera with an LED flash, a front-facing VGA camera, and a 2,460 mAh battery. It will run Android 4.1 Jelly Bean out of the box, with LG optimizations like QuickMemo, Quick Button, and Safety Care.