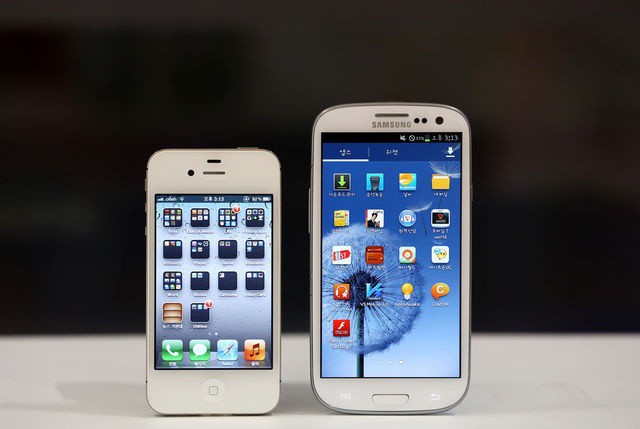 If you believe recent reports and predictions from analysts, Apple must make its iPhone cheaper or introduce a low-cost model if it wants to compete with Samsung going forward. The Korean company currently boasts the largest smartphone market share in the United States, and its lead is expected to increase throughout 2013. But did you know that Apple has actually sold more devices? 88 million more, in fact.

Those figures include the iPhone 4, iPhone 4S, and the iPhone 5, versus the five devices in the Galaxy S and Galaxy Note families.

“Although undoubtedly Samsung’s Galaxy lineup has been tremendously successful, given the sudden negative sentiment related to iPhone, we thought it would be interesting to compare Galaxy sales vs. iPhone sales over the last two and a half years,” McCourt said in a research note this week.

Samsung has enjoyed incredible success with its Android smartphones in recent years, largely due to its flagship Galaxy S lineup. Earlier this week, it was revealed the family of devices had now surpassed 100 million unit sales, with the Galaxy S III accounting for 40 million of those. The Korean company’s Galaxy Note and Galaxy Note II devices have also sold well.

Samsung has also seen its market share rise thanks to its large product portfolio, which caters to all sections of the market. As noted by CNET, however, not all of Samsung’s devices are “profitable or noteworthy.”

Meanwhile, Apple has seen its share price slide following speculation that demand for the iPhone 5 is weaker than expected. Some have been calling for a low-cost iPhone that will allow Apple to compete with Samsung and others in China and other emerging markets, but whether that will actually happen is a mystery at this point.

As McCourt’s figures show, however, there’s no need for Apple to panic. Its iPhone is still selling exceptionally well, and it, along with Samsung, are the only two smartphone vendors in the U.S. currently seeing any growth. Incidentally, it’s actually Apple’s share that’s growing faster than Samsung’s.

Samsung’s lead could be boosted in the coming months, however, with the launch of the Galaxy S IV. The company’s next-generation flagship is likely to appear in May, four months before the iPhone is due for its annual refresh.