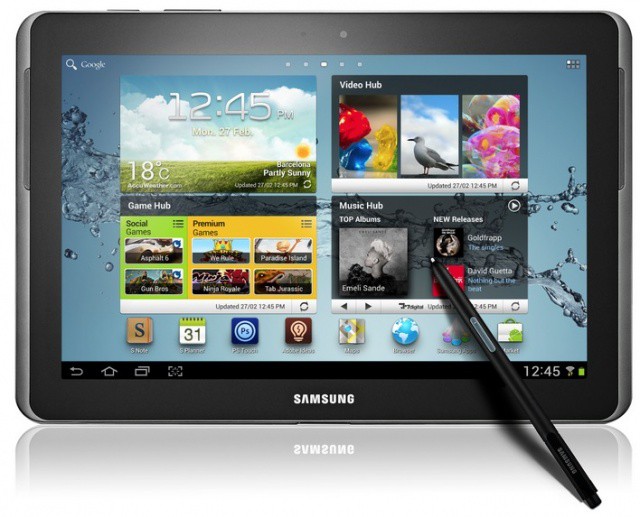 The Galaxy Note 10.1 could be about to get a little brother.

Samsung looks to be preparing to take on the iPad mini with the Galaxy Note 8.0, a smaller version of the Galaxy Note 10.1, which is expected to be priced very aggressively. In addition to an 8-inch display, the device will reportedly offer a 5-megapixel rear-facing camera, a 1.3-megapixel front facing camera, and of course, Samsung’s S Pen stylus.

There will be two version of the Galaxy Note 8.0, according to SamMobile, which has received specifications for the device from a trusted source. One model will come with the GT-N5100 model number and Wi-Fi and 3G connections, while the GT-N5100 will be a Wi-Fi only device. Aside from the 3G connection, however, both models will be identical.

The slate’s 8-inch display is expected to offer a 1280×800 resolution, and other internals will include 2GB of RAM, 16GB or 32GB of internal storage, and a microSD card slot. Connectivity options will include Bluetooth 4.0, USB 2.0, and GPS, and the device will pack a 4,600 mAh battery. It’ll also run the latest Android 4.2 Jelly Bean operating system.

As those specifications suggest, the Galaxy Note 8.0 won’t be a high-end tablet, but if it’s going to compete with the iPad mini, it doesn’t need to be. Instead, it needs to have the basic features users would expect from a tablet, and it needs to be priced correctly.

Samsung is expected to unveil the Galaxy Note 8.0 at Mobile World Congress in Barcelona next month. Cult of Mac/Android will be there, so we’ll bring you any official news as soon as we have it.