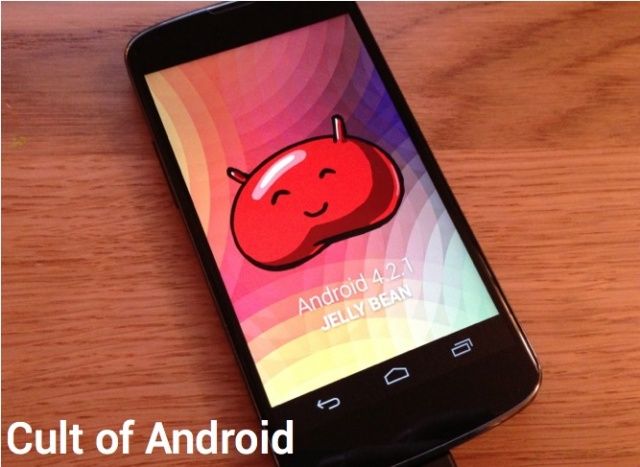 Google’s new Nexus 4 has been a hugely popular device since it first made its debut back in November, but the apparent supply issues surrounding the Galaxy Nexus successor have been well documented. Many would-be customers have been unable to snap up the device due to the short supply, while those who have have been forced to wait up to six weeks for their handset to arrive from Google Play.

What isn’t clear is why the Nexus 4 is so hard to get hold of. Some reports have speculated that LG simply cannot produce enough to meet the overwhelming demand, while others claim Google just didn’t order enough in the first place. So what is the truth behind the Nexus 4? Cathy Robin, director of LG France’s Mobile Communication division, has revealed all.

In an interview with French publication Challenges.fr (translated), Robin answered a number of questions that we’ve all been asking about the Nexus 4. The big one, of course, is why is the handset so hard to get hold of. According to Robin, Google just didn’t order enough. The company provided LG with some sales predictions based on the demand for the Samsung Galaxy Nexus, but they were lower than the actual demand for the device.

LG is producing just as many handsets as Google ordered, then, but it hasn’t been meeting initial demand. As we had suspected, the device seems to have become far more popular than Google was anticipating, and it wasn’t prepared to fill so many orders.

“The current shipments from LG to Google match what had been preordered on the Google Play site,” Robin said. “We still ship them regularly. But it’s “just-in-time”. That’s why the Nexus 4 is always shown as sold out and the potential buyers have the feeling they can’t buy it.”

The other issue here is how the Nexus 4 has been distributed. Google decided to send a certain number of handsets to certain countries, while others got a far greater number. The search giant obviously expected the device to sell faster in certain markets, but it didn’t quite get its predictions right.

“As an example, the initial predictions of Google were 10 times higher for the United Kingdom and for Germany,” Robin revealed. “So we ship a lot more to these countries than to France. There was a happy medium that was badly anticipated.”

Despite this, Robin insists that “everything is going smoothly” between Google and LG.

So how many Nexus 4 handsets has LG actually sold so far? Well, Robin couldn’t give an actual figure, but she did say that the rumor suggesting around 400,000 units had been manufactured so far is “a lot lower than the actual figure.”

That’s hardly surprising given the demand, and many felt that estimate was too low.

Robin also confirmed that rumors suggesting the Nexus 4 is being sold at a loss are false. “We have no incentive to sell it at a loss,” she said. “However there was an agreement between Google and LG to sell it at a very compelling price. And it’s true that €299 for the 8GB and €349 for the 16GB, that’s a super attractive price.”

So, the rumors of a rift between Google and LG over Nexus 4 production appear to be unfounded. LG is producing all of the handsets Google ordered and on time. The reason for the handset’s supply constraints are simply because its launch was far more successful than Google was anticipating.

The situation will improve, however. Robin said that production will increase, and that “starting mid-February, there will no longer be any tension in the market.”