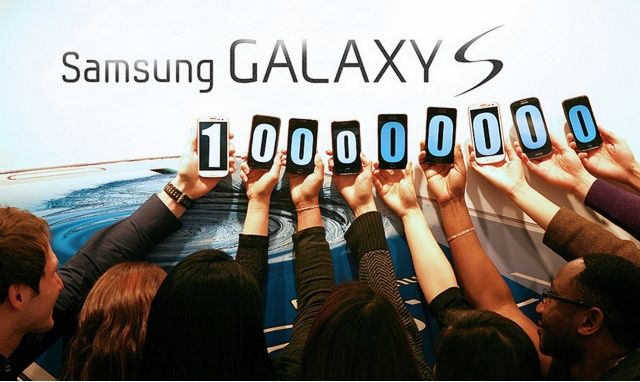 Samsung has produced some of the most popular Android-powered smartphones in recent years, and its flagship Galaxy S III has been one of the most successful devices of the past 12 months. But just how successful are they? Well, Samsung announced on Monday that it has now sold more than 100 million smartphones from its Galaxy S series, with more than 40 million Galaxy S III units shipped in just seven months.

The original Galaxy S handset kicked off the series in May 2010 — 2 years and 7 months ago — and in that time, Samsung has sold more than 100 million Galaxy S series devices. The Galaxy S III is the fastest-selling device in the pack, with 30 million units sold in five months, and 40 million units sold in seven months. The device reached its first 1 million sales after just 50 days of availability, and its daily average sales currently stand at 190,000 units.

But its predecessor, the Galaxy S II, also continues to be a steady seller, hitting sales of 40 million units in only 20 months. This device is likely to receive another boost soon when the new Galaxy S II Plus makes its debut.

Galaxy S sales will rocket again in the coming months when Samsung launched the Galaxy S IV. It’s expected to boast the company’s new eight-core Exynos 5 chip, as well as a 5-inch 1080p display. There’s a possibility we could see the device at Mobile World Congress in February, but it’s likely Samsung will give the handset its own even around May — as it did with the Galaxy S III.