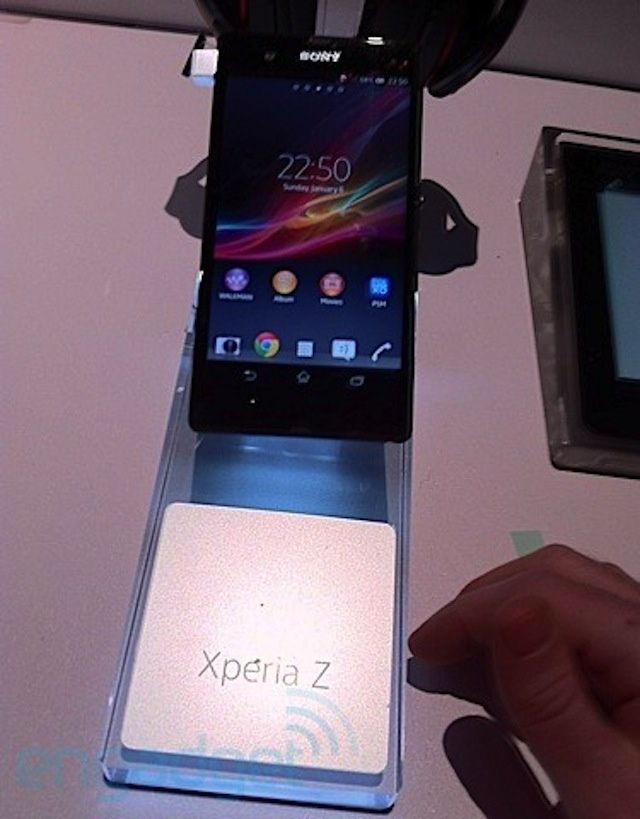 The Sony Xperia Z, believed to be Sony’s next-generation flagship smartphone, leaked a number of times last week, leading us to believe it would get its grand unveiling at CES in Las Vegas this week. In case you were at all skeptical, here’s a picture of the handset on the CES show floor ahead of Sony’s official announcement later today.

It’s unclear why Sony had the Xperia Z on show before its unveiling, but the Japanese company felt that trying to keep up covered up would be a little pointless following all the leaks. We’ve been speculating about this handset for months, and last week, official press shots of the device started making their way around the web.

The Xperia Z is well worth getting excited about — if its leaked specifications are anything to go by, at least. In addition to a 5-inch 1080p display, you can look forward to a quad-core Snapdragon S4 Pro processor, Adreno 320 graphics, and a 13-megapixel rear-facing camera.

It’s also expected to debut alongside the Xperia ZL, a slightly smaller device that’s expected to have similar specifications, aimed at those who want a high-end smartphone without the mammoth display.

None of this is confirmed at this point, of course, but we now know for certain that it won’t be long before the Xperia Z is official.