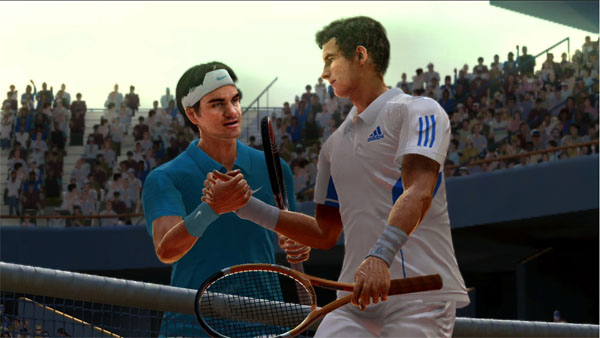 There’s going to be plenty of hardware debuting at CES this year, but let’s not forget that software companies will also be in the house. Sega is one such company, and they are planning to debut their Virtua Tennis Challenge for mobile devices, specifically the Sony Xperia Play. Sega has only recently broken into the mobile gaming world, but they have every intention of having a bigger presence in the near future.

Sega plans to reveal the game during a special invitation-only showing in Las Vegas during CES and has said that the game will be optimized for the Sony Xperia Play and Qualcomm Snapdragon systems.

SEGA SERVES UP SNEAK PREVIEW OF VIRTUA TENNIS CHALLENGE AT CES 2012
SEGA® of America, Inc. today announced that Virtua TennisTM Challenge will be making its debut at the Consumer Electronics Show (CES) in Las Vegas next week, January 10-13, during a special invitation-only showing in the Sony suite at the Encore at Wynn Las Vegas hotel.
Virtua Tennis Challenge has been designed specifically for mobile experiences and touch screens. The title is also being optimized specially for the Xperia Play and the Qualcomm Snapdragon systems, and features some of the best graphics ever seen in the smartphone tennis game market.

The more games the better I always say. It’s good to see Sega taking a more serious look into mobile gaming, and perhaps we’ll start seeing more classic titles make their way into our hands. Which Sega game would you like to see brought to mobile devices?