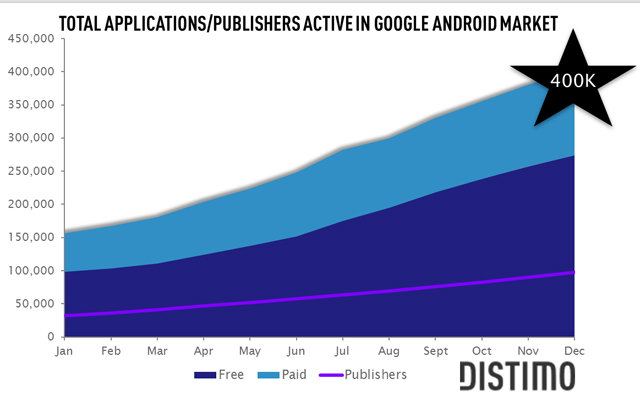 The Android Market saw staggering growth in 2011 and thanks to some tracking done by Distimo, we have a better look at how the numbers play out in comparison to Android’s top competitor Apple. According to Distimo, the Android Market has now reached over 400,000 apps, which is still 100K shy of Apple’s 500K+ active apps available according to 148apps metrics. While Android still trails in overall apps, it’s really the rate at which it’s growing that is impressive. 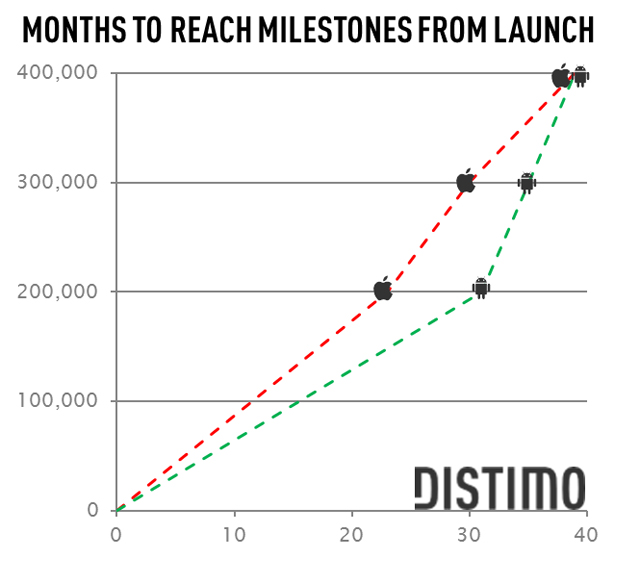 It’s also interesting to point out that the majority of active apps in the Android Market are free apps, which account for 68% of all apps. We sure do like our free apps, but I still have a theory that the low number of apps being paid for by Android users has a lot to do with the fact that Android doesn’t have any form of gift card like Apple. Once we get some form of Google gift card, I guarantee paid content will skyrocket. Anyways, these are the unofficial numbers and I’m sticking to them. Congrats Android Market and all the developers that made it happen.