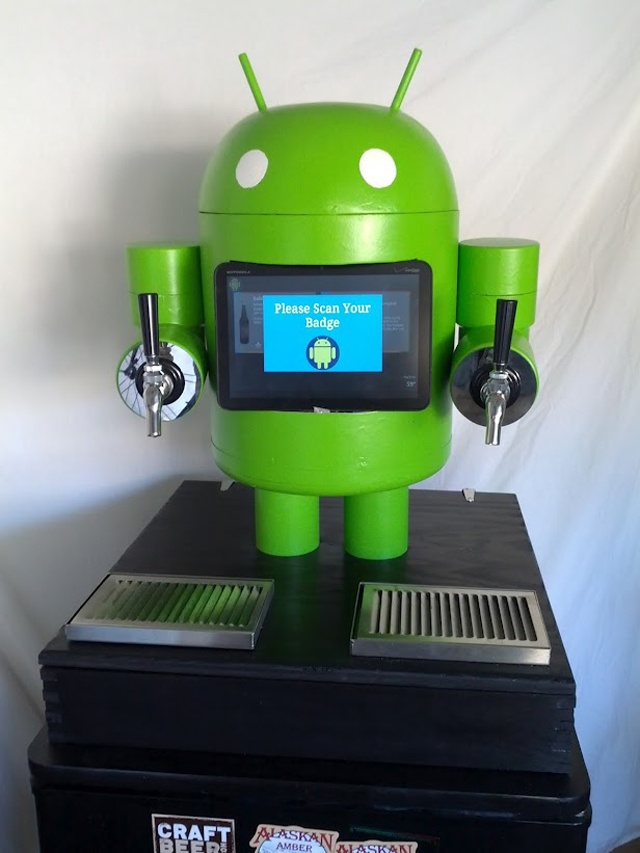 When it comes to our mobile devices and the operating systems we use, we can sometimes be a bit defensive and downright vile. We’re usually quick to make a joke or two at the expense of one another, but in the end, we’re all human, and most of us are surprisingly close friends who frequently kick back and enjoy a cold beer together (even if some of us accidentally leave our prototypes behind). That’s why this next invention will have tech-loving beer connoisseurs foaming at the mouth (literally).

Homebrew beer connoisseur, and coincidentally Google employee, Paul Carff has been hard at work designing a way to enhance his beer drinking experience, leading him to create an automatic beer pouring Androidstein tap he calls KegDroid. Using an Android tablet, NFC, Arduino microcontroller and a few other spare parts, he has finally given Android fans the accessory they’ve been thirsting for and most likely the only accessory iOS users will be jealous of.

Paul explains the whole process and gives us a complete tour of the system in his video, so I’ll spare you the redundancy of information and let you see for yourselves the greatest use for Android ever invented. Now about those Google Beer Googles?

(The video has embedding disabled for some reason, so click to watch.)