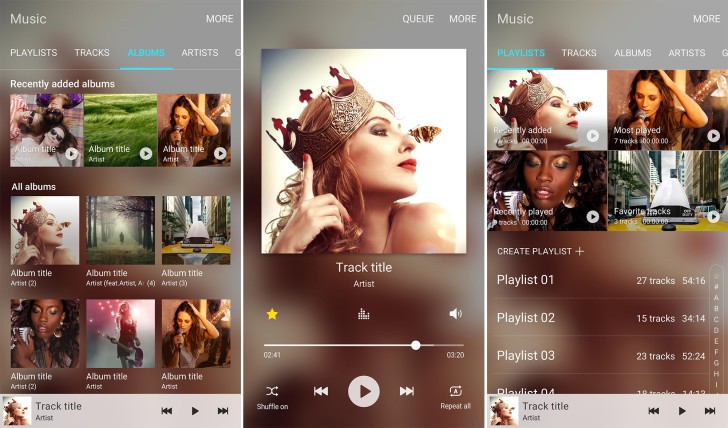 Samsung’s fancy new Music app for Android, which has been available in beta form since mid-March, now supports the Galaxy S6 and Galaxy Note 5. If you own one of these, you can download the app now from the Play Store — and you’ll want to!

It also supports the lossless FLAC format — along with various others, streams music to other smart devices using DLNA, intelligently manages your media library, and more. It’s a huge improvement over previous Samsung Music apps.

Until now, Music was only available on the new Galaxy S7 series, but you can now get it on the Galaxy S6 and Galaxy Note 5, too. It’s still in beta, so you may run into a few bugs here and there, but at least you can take it for a spin.

When it leaves beta and makes its official debut, Music should be available on most Galaxy devices. It almost certainly won’t support third-party handsets officially, but that doesn’t mean you can’t download the APK and install it manually on other devices.