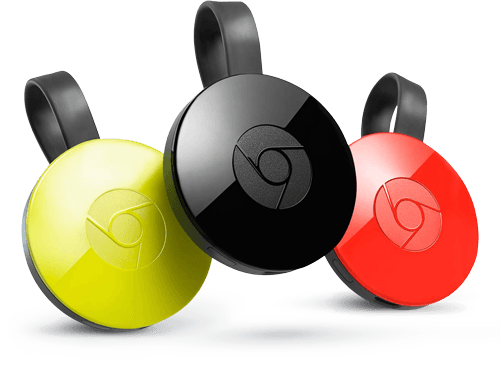 Google and Vizio might be teaming up on Chromecast. Photo: Spotify

So far, Google hasn’t had much luck infiltrating the living room. Android TV was a huge bust, making the Chromecast Google’s biggest success when it comes to television so far.

It looks like Google’s planning on doubling-down on Chromecast. A new report suggests that the search giant is looking to bake the Chromecast’s streaming functionalities right into Vizio-brand HDTVs.

According to a report from Variety, Google is currently trying to convince manufacturers to build Chromecast receivers right into their set.

The first partner to be rumored is Vizio. A fine maker of quality, budget-oriented HDTVs, Vizio has long been partnered with Yahoo! for its line of smart TVs. But Yahoo! is shutting down its television platform, leaving Vizio on the lookout for a new digital partner.

That sounds like a pretty good partnership to me. Although companies like Vizio have tried to bake apps directly into their TVs, consumers ultimately seem to prefer being able to stream the apps they already have on their smartphones and tablets to their home entertainment centers. What do you think?