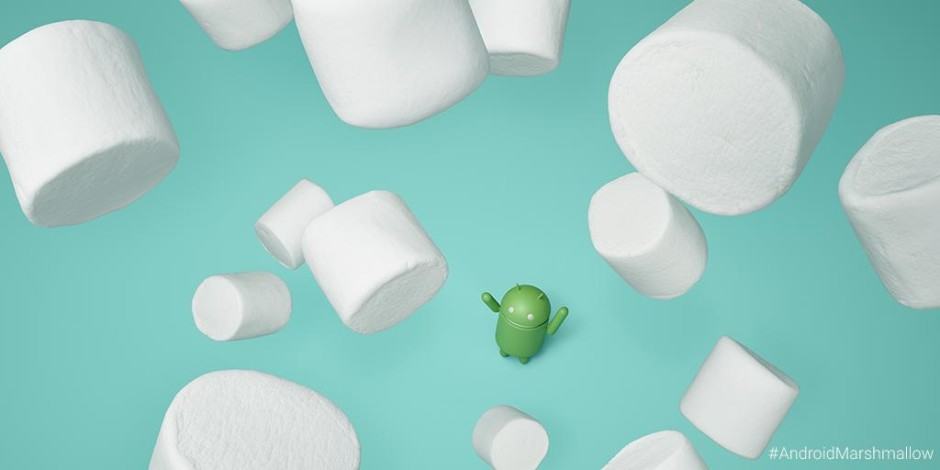 Where are all the updates?! Photo: Google

Four months after making its official debut, Android 6.0 Marshmallow has finally been installed on more than 1 percent of compatible devices.

Google’s latest update is expected to get a boost in the comping months as new devices from Samsung, LG, HTC, and others go on sale — but that figure is pretty depressing at this point.

Yes, depressing. If you’re an Android fan, you can’t be pleased that Marshmallow has only made its way to 1.2 percent of devices in four months. Sure, it’s a complicated process given how many manufacturers and devices are involved with Android, but even so, it’s still slightly pathetic.

Some manufacturers have gotten faster at updating their latest devices. HTC, LG, Motorola, and others have already begun making Marshmallow available for their 2015 flagships. However, Samsung and many more are still making users wait.

As a result, Android 4.4 KitKat continues to dominate Google’s adoption chart with a 35.5 percent share, while Android 5.0 and Android 5.1 Lollipop follows closely behind with 34.1 percent. Somehow, 0.1 percent of devices are still running Android 2.2 Froyo. 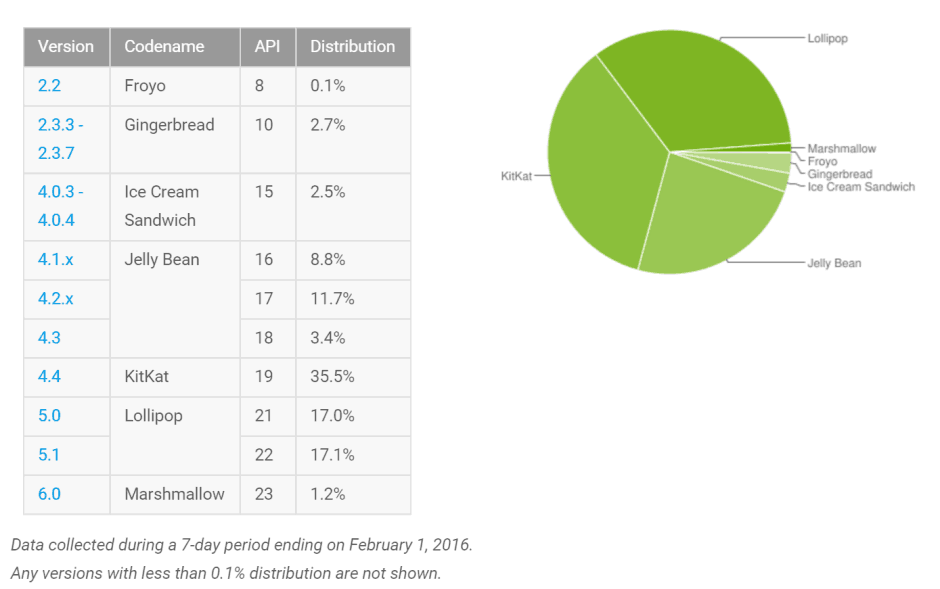 I don’t want to compare Android’s adoption figures with those of iOS, because although they’re competitors, Android’s significantly wider reach makes it unfair. Nevertheless, it would be nice to see manufacturers making more of an effort to get the latest releases out of the gate faster.

Has your Android device received a Marshmallow upgrade yet?