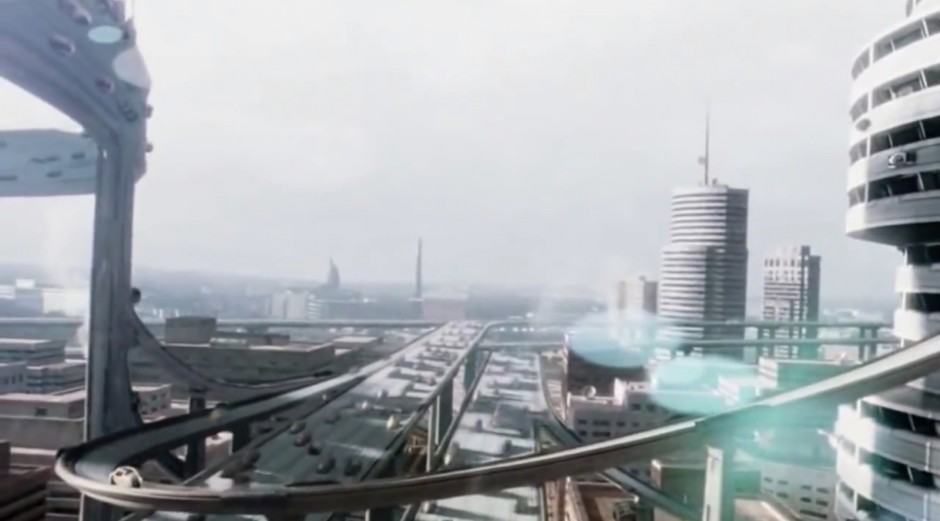 We may have to wait a bit longer for the Minority Report future of driverless cars. Photo: Dreamworks Pictures

As it stands now, self-driving cars may be more accident report than Minority Report.

In a disclosure to the California Department of Motor Vehicles, the search-engine giant outlined specifics of its driverless-car testing from November 2014 to December 2015. Demo vehicles reportedly logged about 423,000 miles over that period. During that time, testers recorded over 300 “anomalies” that required them to take control from the vehicles, either through hardware malfunctions or on their own judgment.

The report suggests that we’re not quite as close to the fully autonomous future that science fiction and our amazing dreams have hoped.

Issues most commonly arose due to the cars’ inability to react properly to events around them, Google said.

69 of the incidents occurred when drivers believed they had identified dangers that the car hadn’t, and Google has run computer simulations to see whether that was the right decision. These re-creations found that 13 of those interruptions would have ended in an accident without human intervention, although we can’t really blame the cars. Google says that three of those occurrences were due to recklessness from other drivers on the road.

Google’s head of the self-driving car team, Chris Urmson, is nonetheless confident about the program’s future.

“Thanks to all this testing, we can develop measurable confidence in our abilities in various environments,” he said, adding that the company’s closed test track lets them put the car up against “rare or wacky situations” in a more controlled — and less populated — environment.

It’s unclear whether the company’s findings prove self-driving cars to be safer than the human-controlled ones currently available, but considering California lists 3,074 total traffic fatalities in 2014, it certainly doesn’t sound like they’re any less safe. Still, it seems self-driving cars will have to strike a balance between autonomy and human control.