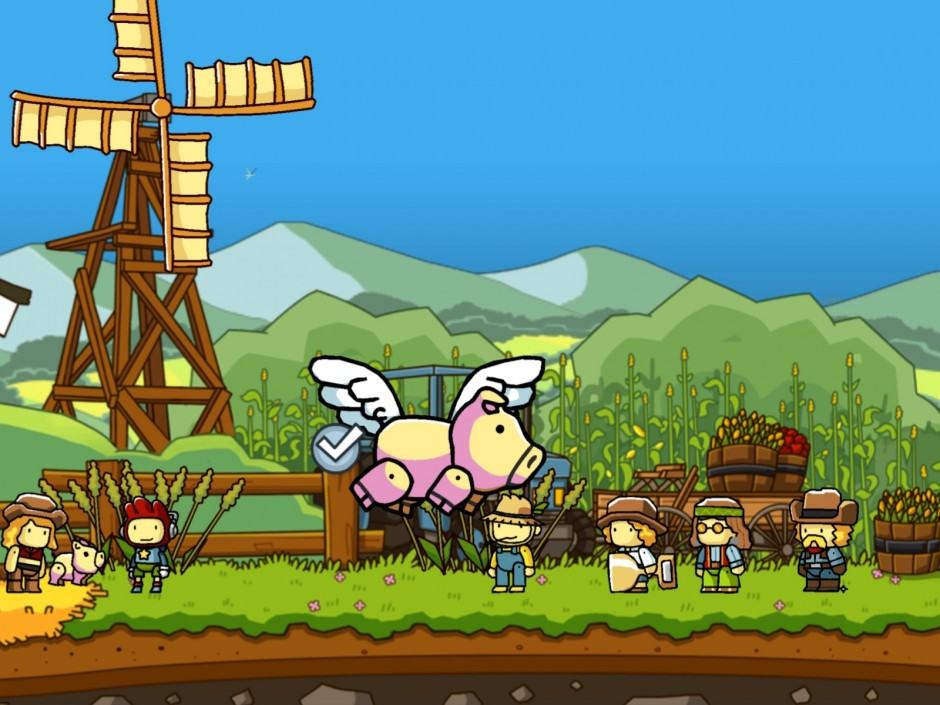 This is what it sounds like, when pigs fly. Photo: Warner Bros./5th Cell

Scribblenauts has been on one device or another since 2009, and the latest version, Unlimited, is headed to mobile right now.

Main character and magic notebook owner Maxwell’s got a sister, Lily, who he’s gotten cursed thanks to his smart-ass ways. The pair go to see Edwin, one of the 40 other brothers and sisters of Maxwell and Lily (go figure), and find out that doing nice things for people is the only way to earn starite, the magical cure for Lily’s curse.

Free to download on Google Play and the App Store, Scribblenauts Unlimited brings a completely new storyline that reveals the backstory of Maxwell’s parents, 41 siblings, and of his twin sister Lily, not to mention how he acquired his magical notepad.

As with the previous entries in the series, you’ll solve environmental puzzles with the power of words, typing in the name of anything you can think of (minus proper names or anything naughty) to provide the little people in the world with what they need, which can include large pigs with wings, as in the image above. As you make more people happy, you get more starite shards, which go together to make the star-shaped starite pieces which can then help cure your sister.

There’s nothing super innovative about Unlimited, though it seems a lot bigger in scope than the last mobile outing from Warner Bros and 5th Cell, Scribblenauts Remix. If it’s been a while since you’ve played a Scribblenauts game (I wrote my first review of the original in 2009), this will be a delightful way to spend five bucks. If you never liked the gameplay, this iteration probably won’t change your mind. 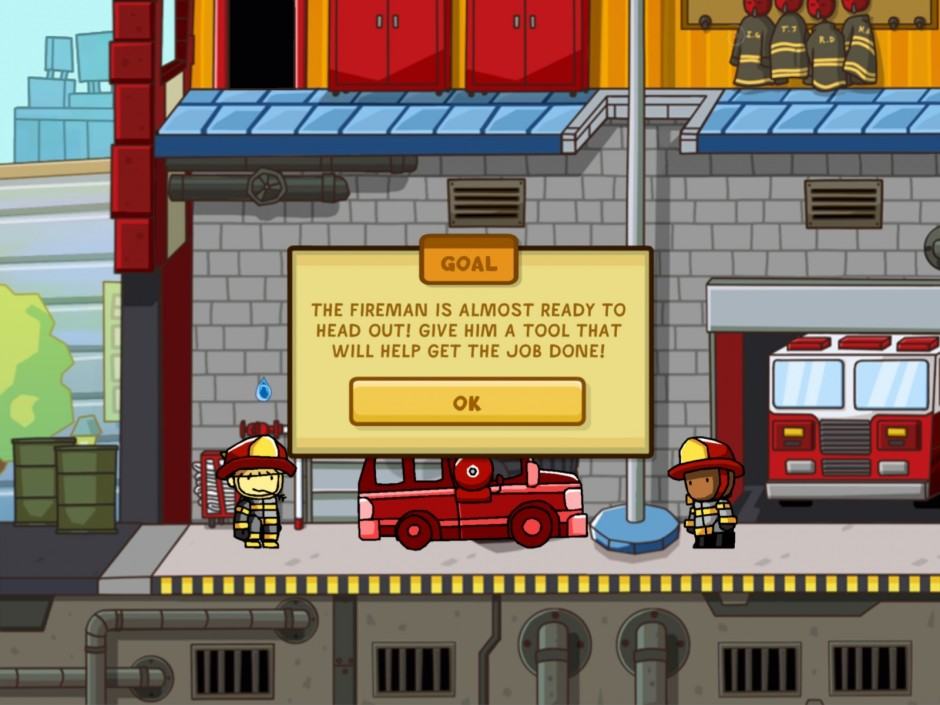 Then again, maybe the new storyline of Maxwell and his 41 brothers and sisters will keep you rolling through the streets of Capital City and doing good deeds like turning station wagons into fire trucks.

Scribblenauts Unlimited is a cute, fun, colorful game that has one of the most unique mechanics around. How they stuffed the sheer number of lexical references into one game is beyond me.