If you’ve been looking to get some great music at a ridiculous price, now’s the time. Google Music has kicked off their “Music Blowout Sale,” discounting over half a million albums to $4.99 and over ten million tracks for only $.49! Now that’s a deal worth listening to. I’ve already perused over a bunch of discounted tracks and I’ve found a plethora of alternative classics from Radiohead, Beck, and Nirvana.

There are of course numerous exclusions, and this deal is a “limited time” offer, so I’d head over to the Android Market as quickly as possible to start grabbing what you can. Few things in life are as rewarding as the feeling you get when you listen to a great album or the pure energy emitted by wilding out to your favorite track. Hurry before it’s too late. 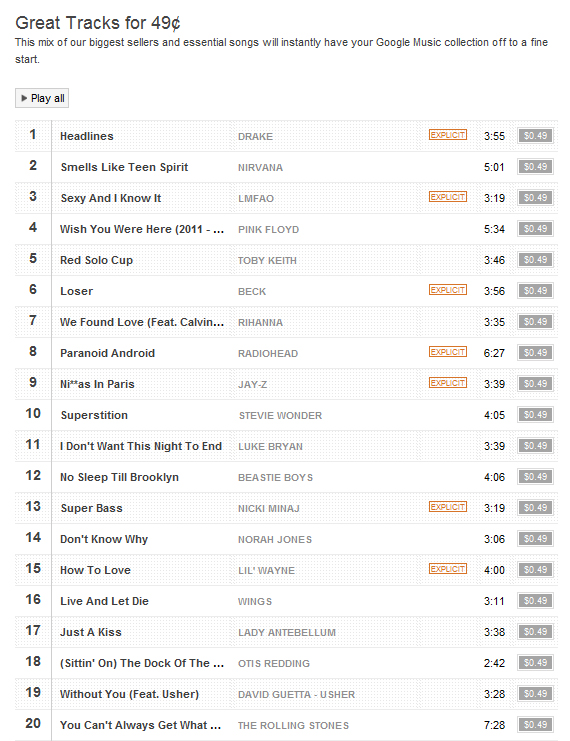