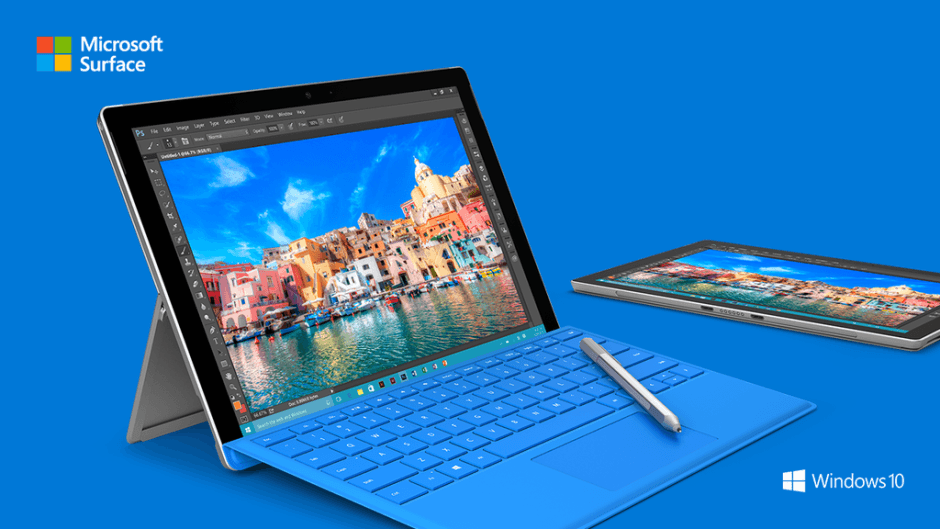 Microsoft’s not taking the threat of the iPad Pro lying down. During today’s keynote event, the company called its brand new 12.3-inch Surface Pro 4 “the most productive device on the planet.”

“We have competitors. You may have noticed,” said Microsoft hardware guru Panos Panay as he introduced the tablet. “They’re chasing it, it’s pretty cool.”

Despite appearing visually very similar to the Surface 3 (although thinner, at just 8.4mm thick), the Surface Pro 4 certainly impressed.

Specs-wise, the new tablet/laptop hybrid boasts a 6th-gen Intel Core processor, and up to 16GB of RAM and 1TBB storage. According to Microsoft, it’s 30 percent faster than its predecessor. There’s also a “hybrid cooling system,” bigger trackpad and a fingerprint sensor built into the keyboard. The display delivers an eye-watering 5 million pixels with 267 ppi.

The device comes with a new Pen stylus, available in new colors, with “1,024 points of pressure” and interchangeable tips. Nifty added UI elements include the ability to launch Microsoft’s AI assistant Cortana from the Pen by holding down its eraser button.

Throwing shade at Apple, Panay refused to compare Microsoft’s new tablet with the iPad Pro (“They’re not in the same class”) but said it was 50 percent faster than the MacBook Air.

“MacBook Air is a great product,” he noted. “Surface Pro 4 is the best product.”

The Surface Pro 4 will be available for preorders tomorrow, arriving in stores October 26, priced $899.