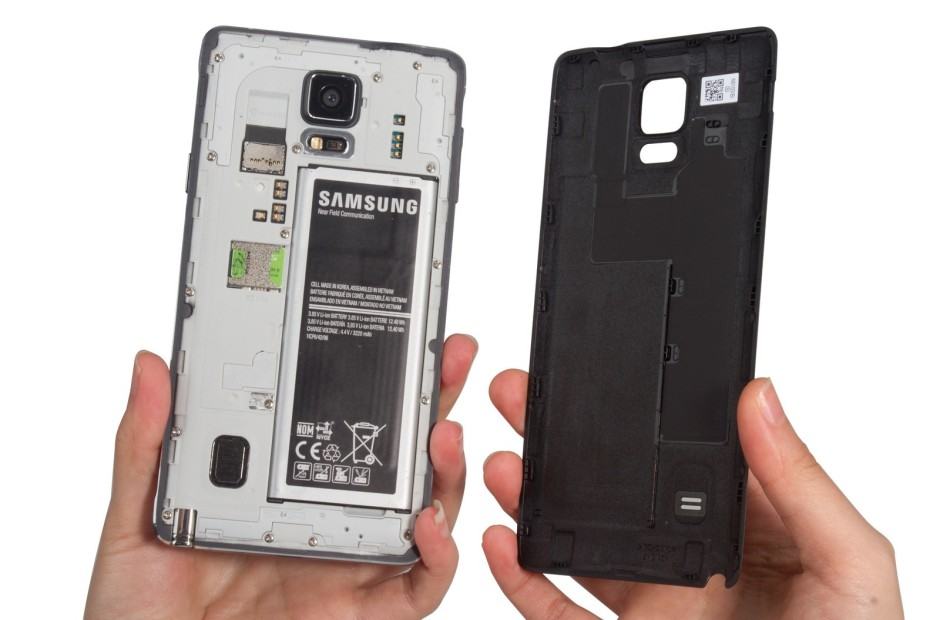 Samsung may not have given up on microSD just yet. Photo: iFixit

Recent reports from reliable sources have claimed that the Galaxy Note 5, like the Galaxy S6 and S6 edge, will not have a microSD card slot — and that’s been corroborated by leaked CAD drawings of the device. But according to one Sprint document, Samsung may have had a change of heart.

Samsung is expected to overhaul the physical design of the Note 5 and rid it of any tacky plastic. Like the Galaxy S6 series, the device is expected to have a metal frame sandwiched in between two panes of Gorilla Glass — one of which, the rear panel, is to be curved on both sides.

This almost certainly means the Note 5 will not have a removable back or replaceable battery — and we thought it would rule out the microSD card slot, too. But Sprint is confident that won’t be the case. A leaked document detailing the Note 5’s specifications clearly states “yes” alongside “external memory slot.”

Sprint thinks the Note 5 will have expandable storage. Screenshot: Tablety

Perhaps Samsung will add a microSD card slot in the side of the Note 5, then, like HTC has with the One M8 and One M9. This could give the device up to 128GB of additional storage space — on top of the internal space — and make it easier to transfer files between the Note 5 and other devices.

We should be cautious of this document for now, however; there’s a chance Sprint is totally incorrect and that these are simply placeholder specifications that are still to be confirmed. Until Samsung makes the Note 5 official it, then, don’t get your hopes up.

According to a recent report, that will happen in mid-August as the South Korean company rushes the Note 5 and Galaxy S6 edge+ to market to compete with Apple’s next-generation iPhones.